Trungnam Group is allegedly negotiating with a financial consultant to sell a 30-35 per cent share in its portfolio consisting of mostly wind and solar projects, cited Bloomberg.

A transaction may value the assets at more than $1 billion. Nevertheless, there is no certainty that Trungnam will continue with the proposed divestiture, said the sources, who requested not to be named since the process is confidential, Bloomberg stated.

In April 2021, Trungnam sold a 49 per cent stake in the Trung Nam Thuan Bac Solar Power Plant, with a capacity of 204MW of solar energy, to A Chau Industrial Technology JSC.

In May 2021, this group also offloaded another 35.1 per cent of its ownership in the Trung Nam Wind Power Plant to Hitachi Sustainable Energy.

Trungnam Group's website stated, "The company was founded in 2004 and has made significant progress in its 18 years of operation. The group has grown into a large private corporation with a multi-industry ecosystem that includes five areas of activity – energy, infrastructure, construction, real estate, and IT." 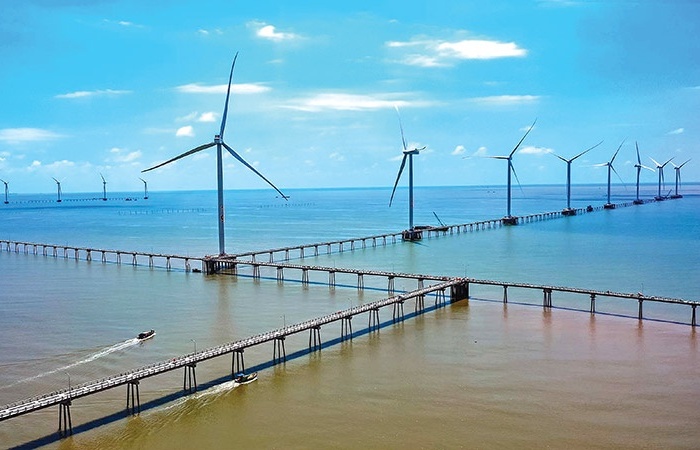