The project that is financed by Thach Khe Iron JSC (TIC) has undergone a long period of careful research, appraisal, and approval by national and international councils as well as the government. Despite meeting the legal requirements, the Thach Khe iron ore mining and refining project has been stagnant for years.

Commenting on the feasibility of the project, Pham Le Hung, chairman of the Board of Directors at Thang Long Mining and Trading Investment JSC, said that following the evaluation of local and foreign scientists, the project has adopted appropriate environmental protection measures to ensure safe and effective implementation.

After shutting down, the project will leave a large freshwater lake with surrounding trees. The landscape is suitable for developing a park, a resort, and tourism. Once put into operation, the project will not only form a densely populated area but also promote services in the neighbourhood. This will create favourable conditions to develop other projects in the future.

Hung noted the concerns of Ha Tinh People's Committee and the Ministry of Science and Technology about transporting iron ore from the Thach Khe iron ore mine to Vung Ang Port. They are afraid that this will place more pressure on the load capacity of the road, affecting the safety of people and other means of transportation.

In the first phase, the project is planned to transport five million tonnes of iron ore per year. A 40-tonne truck will set off to make the journey every five minutes. A survey of the National Highway No.1A route through the Ben Thuy toll stations, Ha Tinh Bypass, and the Ngang Pass tunnel shows that there are currently less than 10 vehicles every five minutes.

According to regulations, the maximum traffic density for national highways is 100 vehicles per five minutes with cars spaced 35m apart. With one trip every five minutes, transporting iron ore is not expected to exceed the load capacity of the road.

Ore from the mine will also be transported to Vung Ang Port via coastal routes, which have already been completed, and there are future plans to primarily use waterways.

Regarding the consumption market, Hoa Phat Group has committed to buying all of the ore at market prices. This not only ensures efficient operation but also limits iron ore imports and foreign currency bleeding.

The company has also offered solutions to alleviate the impact of the reduced groundwater level once the project is operational. One solution is to clear the entire area according to the calculated radius that is likely to be affected by the lower groundwater level, ensuring safety over a total area of 3,898 hectares.

The water pumped from the mining pit will be treated while water from the borehole system will be reused for production and agricultural irrigation in the project area and neighbouring communes. Construction of the Thach Tri water plant – at a cost of $3.7 million – and Thach Ban clean water system – around $522,000 – will provide clean water for people in the area and its surroundings.

Ha Tinh People's Committee pointed out the risk of desertification and landslides as the mine is less than 6km away from Ha Tinh city, however, Hung clarified that this distance from the mine to the city is actually about 8.5km. Within the boundary of the project, there are sandy areas with slopes but trees still grow well.

There is a system of drilled wells 10-30 metres deep to serve employees at TIC's construction sites and workshops which are about 500m away from the mine still have enough water for normal use even in summer.

Both the surface and groundwater in the mine area are natural. More than 16,500 samples of soil, rock, minerals, and water showed that the content of toxic substances was below the allowable threshold. Thanks to mining without chemicals, these water sources are only cloudy due to sand and soil. After flowing through the sedimentation lakes, they will be discharged into the environment according to the prescribed standards without causing environmental pollution.

The stability of the mine bank and floor has been calculated to withstand earthquakes of up to seven on the Richter scale, which is a 1,000-year event in the area. The breakwater of the project is designed with the top of the dyke above 6.5m, which is higher than that of Formosa. Pouring waste sand to a height of 25m will form a retaining wall in case of sea-level rises due to storms or tsunamis.

TIC has clarified all concerns based on documents and studies that have been evaluated by domestic and international scientific councils.

The Thach Khe iron mine is considered the largest of its kind in Southeast Asia with a reserve of about 544 million tonnes. It was established in July 2007 by nine shareholders. From September 2009 to July 2011, TIC and its contractors conducted a pilot test of over 12.5 million cubic metres to a depth of 34m below sea level to determine the geology and select mining techniques. However, since 2011, the project has been suspended while TIC's shareholders are restructured and other problems are solved.

Once put into operation, the project will contribute to ensuring a stable and long-term supply of raw materials and reduce iron ore imports from abroad. The project is expected to promote the development of Vietnam's steel industry with high-quality products like long steel and hot-rolled flat steel and contribute 0.3-1 per cent of GDP. At the same time, the project will also promote the development of the service industry and create jobs for about 3,500 employees.

The project – which was studied over 60 years ago to be put into operation to promote the development of Vietnam's steel industry – is expected to last 52 years with exploitation reserves of 370 million tonnes. In fact, the reserve could be as large as 750 million tonnes, so the implementation period of the project could be extended to 70-80 years. The socioeconomic effects will be guaranteed to last during that time, bringing profits to enterprises, contributing to the state budget, and promoting social security for thousands of households in the region. 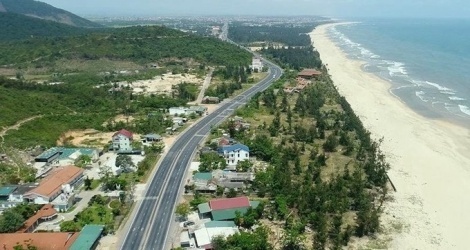 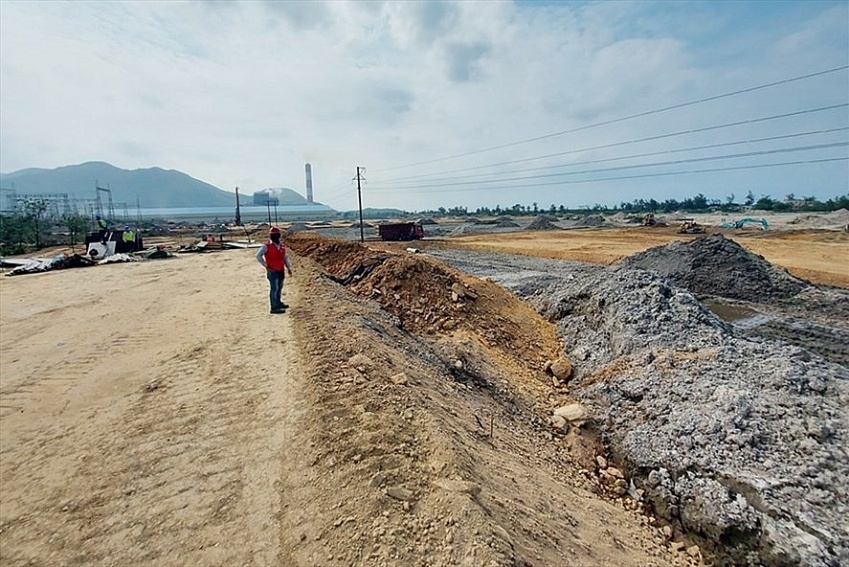