June 11, 2020 | 07:00 (0) user say
Tweet Email Print
Several large supermarket chains have pledged to support the consumption of lychees as the fruit enters the harvest season in the northern provinces of Bac Giang and Hai Duong, the two biggest growers of the fruit in the country.

The volume this year will be 20 percent higher than last year.

Customers can order them using MoMo e-wallet, and the supermarket will deliver home.

Besides fresh lychees, canned lychees that can be kept for a long time are also available at Co.opmart, Co.opXtra and Co.op Food at 40,000 VND (1.7 USD).

A week of promotion will be held in Hà Nội to sell the fruit at 38 Big C and Go! stores across the country, said Nguyen Thi Phuong, deputy general director of Central Retail Group in Vietnam.

This year Big C and Go! are expected to buy around 1,000 tonnes, three times the volume they bought last year.

Central Retail will display the fruit at the best locations in its stores and offer a series of special promotions.

Central Retail will continue to export Luc Ngan lychees to Thailand and display them on the shelves of Tops and Central Food Hall hypermarkets (Central Group’s food retail chain) to introduce the fruit to consumers in Bangkok.

In addition to Saigon Co.op and Central Retail, the two provinces are also in touch with other retailers such as Aeon, MM Mega Market, Lotte Mart, Vinmart, and Hapro, agricultural product wholesale markets across the country and fruit processing plants to help farmers sell their lychees.

Deputy Director of Bac Giang province’s Department of Industrial and Trade Pham Công Toan said due to the COVID-19 pandemic, this year the province plans to promote its lychees mostly in the domestic market, and only 40 percent would be exported.

According to Hai Dương province’s Department of Industry and Trade, the output is 55,000 tonnes this year, double that of last year. 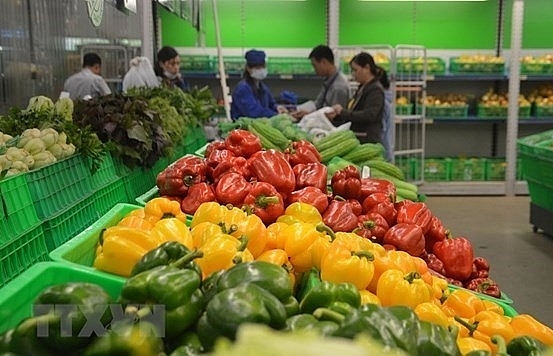