The holders are in pole position to progress following the second leg at the San Siro in three weeks time.

And it was all thanks to the veteran midfielder Stankovic, who hit a shot to rival his volley from the halfway line against Schalke 04 earlier this month.

Inter came into this game on the back of four defeats in five games in all competitions and captain Javier Zanetti said it was important to bounce back.

"It was an important victory on a difficult pitch. We came into it in a difficult moment and tonight we gave a great response," said the Argentine.

"We played really well, it's not easy to beat Roma."

Inter coach Leonardo was rumoured to be under pressure heading into this game with suggestions that former coach Jose Mourinho is in line for a dramatic comeback next season.

But the Brazilian brushed aside any questions about his future.

"I'm not worried, I live for today and don't even think about it," he said.

"That's how I move forward, living life. I speak to everyone and I have an open relationship with the president.

"Sometimes people are fixated on the result but in reality one chance can make the difference," he said alluding to a shocking miss by striker Mirko Vucinic early on.

"When these things happen, when you miss easy chances it's difficult to say anything.

"Mirko did some good things and others less good but it's true that he's not very calm at the moment."

Inter had the ball in the net early doors but it was rightly chalked off for a foul.

Stankovic ran onto a lofted ball forward which both Roma centre-back Juan and goalkeeper Doni also went for.

Stankovic gave Juan the slightest of nudges, resulting in the defender and keeper colliding and allowing the Serbian to stroke home the loose ball, but despite his protests he hadn't fooled the referee.

Roma should have been in front on nine minutes as the recalled Marco Borriello, earning a rare start under Montella with Francesco Totti suspended, teed up Vucinic but the Montenegro forward somehow failed to hit the target from inside the six yard box.

Inter were producing the more effective work and Doni had to be alert to save a Lucio header.

Roma also survived a penalty appeal when Stankovic's pass clipped Daniele De Rossi's hand, but nothing was given.

However, the midfielder then struck on the stroke of half-time with a stunning half-volley from almost 30 yards with the outside of his right boot that curled around Doni and into the top corner.

Roma failed to muster much of a fightback after the break, particularly after Borriello was forced off with an injury, leaving them without a natural number nine.

And things could even have been worse had the referee spotted an elbow by Vucinic on Lucio, that was caught on TV cameras and for which he may yet face a sanction.

A minute from time he also played in substitute Giampaolo Pazzini behind the Roma backline but Doni was out quickly to block his shot. 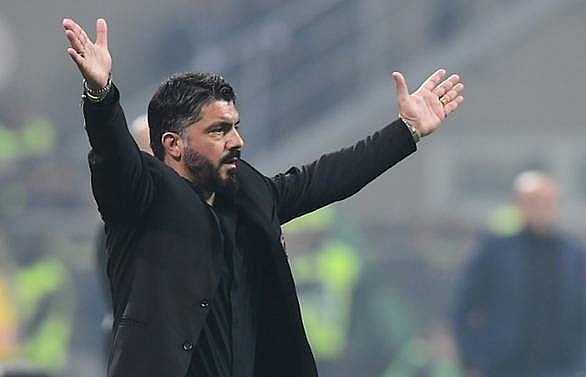 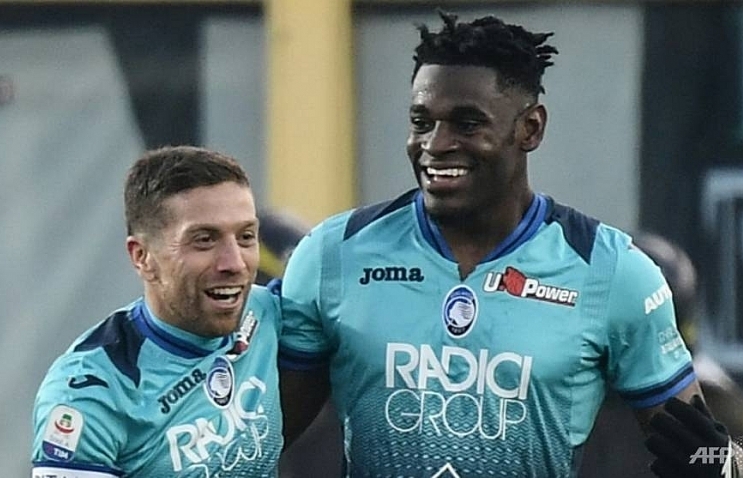 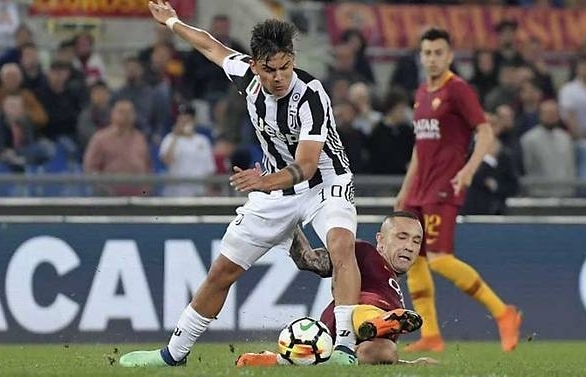 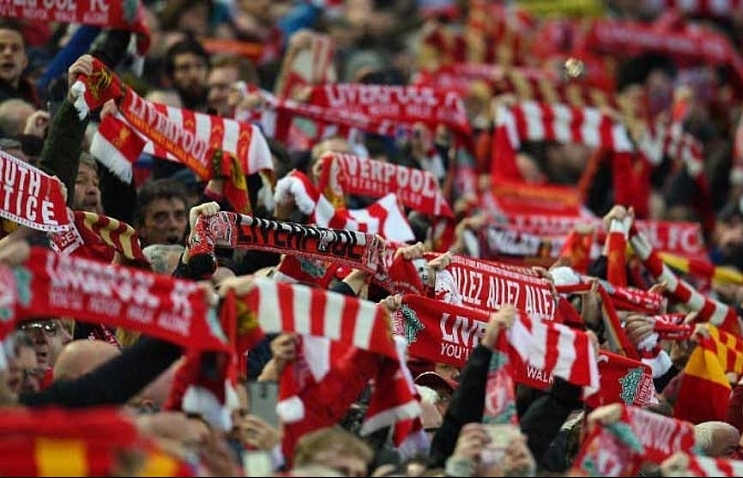 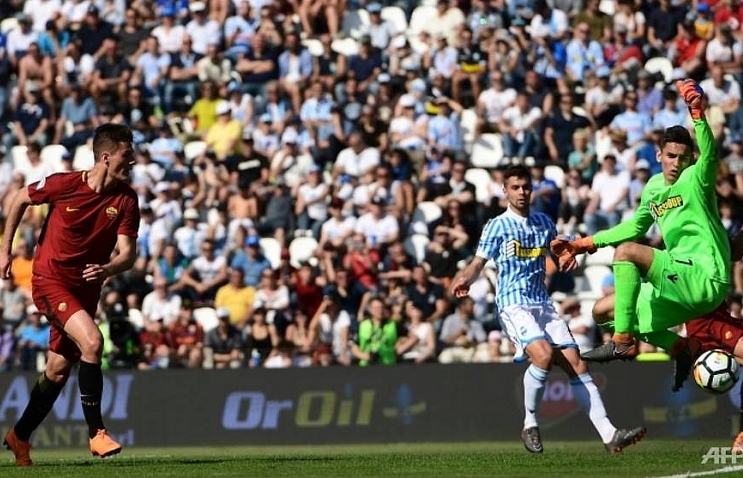