May 20, 2017 | 09:03 (0) user say
Tweet Email Print
It has been proposed that companies which produce and import alcohol and beer products should pay VND360 billion (USD16.36 million) annually for health services. 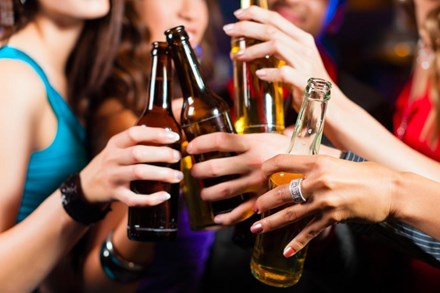 Vietnam now ranks second in Southeast Asia, 10th in Asia and 29th in the world in terms of the alcohol consumption

This is among contents mentioned in a draft law on alcohol that the Ministry of Health is finalising for submission to the National Assembly.

Under the draft law, the Ministry of Health considers the establishment of the public health improvement fund.

The fund would be based on compulsory financial contributions from alcohol and tobacco importers and producers as well as voluntary donations from individuals and organisations inside and outside the country.

According to the Ministry of Health, the fund would partially help to save the state budget in public health care activities and is also expected to reduce the alcohol and tobacco consumption as well as to raise the public awareness about the harm caused by alcohol and tobacco.

The ministry added that to date more than 20 countries, including Austria, Australia, Mongolia, South Korea, Switzerland and Thailand, have set up this fund.

Vietnam now ranks second in Southeast Asia, 10th in Asia and 29th in the world in terms of the alcohol consumption. More than 77% of adult males and 11% of women said they had drunk alcohol in the past 30 days. Nearly half of men had engaged in heavy episodic drinking.