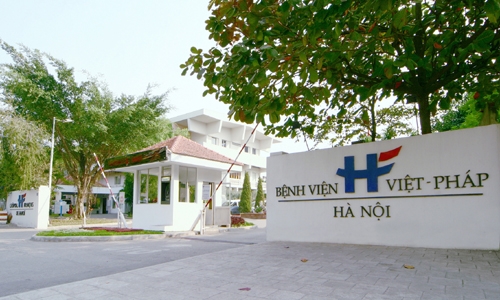 Tran Quoc Khoa, head of the Ministry of Health’s (MoH) Private Medical Examination and Treatment Division, said Vietnam was home to six operating 100 per cent foreign-invested hospitals with the total investment capital of $94 million and some 30 foreign invested general and specialised clinics worth $14.4 million. These hospitals and clinics are mainly located in large cities such as Hanoi, Ho Chi Minh City and Danang.

“The above figures show foreign investment in the field of medical examinations and treatments in Vietnam is too little as compared with its huge development potentials,” Khoa noted.

He said private companies, particularly foreign businesses, often picked up large cities to invest in as there was a big demand and high living standards. Private hospitals and clinics require higher payments as compared with state-run ones so the public in provinces, especially in rural and remote areas, cannot afford such high costs.

“We have encouraged some private investors, including foreign ones to invest in other localities but they said they could not because there were a few patients,” Khoa said.

Ravindran Govindan, chairman of Singapore-based Mercatus Capital Pte - which is seeking to take part in some medical infrastructure projects in Vietnam, said although it was worth looking at Vietnam with the country’s big population of 90 million and energetic and intelligent people, laws and rules in the country were unclear and presented investment risks.

Meanwhile, Nguyen Ba Cuong from the Ministry of Planning and Investment’s  Foreign Investment Agency said that previous infrastructure development projects, including hospitals, were often sourced from the state budget or official development assistance. But, from this year the country started slashing public investment and focused on attracting private investment, particularly foreign direct investment in development infrastructure system, including projects in the healthcare sector.

Khoa said most state-run hospitals in cities and provinces were overloaded, while developing public hospitals was difficult. Therefore, the MoH was working out a project on easing overload in public hospitals, which included the content of prioritising private medical service providers.

“This is a big opportunity for foreign investors to pump their capital in the healthcare sector in Vietnam,” Khoa added.

Recently, Malaysia-based Columbia Asia opened its new hospital in Vietnam – the latest addition to the group’s regional portfolio. The Columbia Hospital-Binh Duong is the 22nd healthcare facility of the group in the region and the third in Vietnam, following the establishment of two clinics in Ho Chi Minh City.

Hoa Lam-Shangri-La Healthcare Company, a Singapore-Vietnam joint venture, is also building a $400 million International Hi-Tech Healthcare Park in Ho Chi Minh City, which is expected to be operational by the end of this year.

Last year, Fortis Healthcare agreed to pay $64 million for a 65 per cent stake in Hoan My, one of the leading healthcare groups in Vietnam with six hospitals and many clinics across the country.