October 15, 2012 | 16:46 (0) user say
Tweet Email Print
Other investors could look to follow in Samsung’s foot steps, after the electronics giant received special incentives to expand its investments in Vietnam. 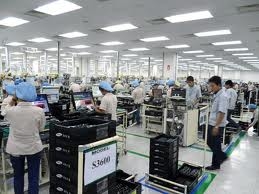 Minister of Planning and Investment Bui Quang Vinh, in a meeting on foreign direct investment strategy in Hanoi last week, said the government could propose National Assembly revise Law on Corporate Income Tax in order to allow other expanded projects to enjoy incentives. “Why do we just grant incentives for new projects? The expanded projects should be encouraged because these are the effective ones and the expansion is a proof for the long term commitment of investors in Vietnam,” Vinh said.

The Law on Corporate Income Tax, issued in 2008, stipulates that only new investment projects could enjoy corporate income tax incentives. Vinh said this regulation was a barrier to foreign direct investment into the country as well as reduced the attractiveness of Vietnam in comparison with other countries.

Samsung warned Vietnam authorities that it may have expanded investment in other countries if the government had declined to grant incentives for the expansion investment.

Although Samsung announced intentions to expand investment in Vietnam from $670 million to $1.5 billion in 2010, the South Korean investor delayed its final decision until the government approved incentives to the expansion. The $670 million factory in Bac Ninh province previously enjoy highest incentives with 10 per cent of corporate income tax for all products

“Without incentives, our products will lose in the competition against other rivals,” said Shim Won Hwan, general director of Samsung Electronics Vietnam.

Vinh, in a meeting with Samsung Electronics Vietnam, affirmed that the incentive requirement for expanded project was legitimate. He added that Samsung was not the only investor asking incentives for investment expansion in Vietnam, therefore the government would propose to revise the law.

Do Nhat Hoang, director of Foreign Investment Agency, said Vietnam faced tough competition from neighbouring countries like Indonesia, Thailand, China and Malaysia. As a result, it was essential to revise incentive policy to make the nation more attractive to investors.

“The incentive policy must be attractive and competitive,” he said. He also warned that if investors did not receive incentives in Vietnam they could relocate investment to other destinations.