July 09, 2020 | 09:28 (0) user say
Tweet Email Print
Mohamed Salah kept Liverpool on track to set a new Premier League points record as the champions won 3-1 at Brighton, while Manchester City bounced back to form with a five-goal rout of Newcastle on Wednesday.

Jurgen Klopp's side are hoping to break the 100-point record established by Manchester City in 2018 and they remain on course after securing their first away win since February.

Liverpool have 92 points and need nine more from their remaining four games against Burnley, Arsenal, Chelsea and Newcastle to clinch the new record.

Asked about the record chase, Klopp said: "It's not important for me. I'm not interested in any of this but I want to win football games.

"For sports people in general it might be important. We are champions and it could be softening but it is not. The boys go with everything."

Liverpool have reached 30 wins in a season faster than any other in English league history and Klopp added: "We now have 92 points and last season we had 97!

"That's unbelievable, I have no idea how we did that."

Salah punished poor defending in the sixth minute, grabbing his 22nd goal of the season and Liverpool's first away from home since February.

Jordan Henderson increased Liverpool's advantage with a curling finish from the edge of the area three minutes later.

Leandro Trossard got one back with a powerful strike in first-half stoppage-time.

But Salah's 76th-minute header from Andrew Robertson's corner ensured Liverpool's five-match winless run on their travels came to an end.

Second-placed City lost for the ninth time in the league this season at Southampton on Sunday.

But Pep Guardiola's men have now won all four games at the Etihad since the restart by a combined score of 17-0 after thumping Newcastle 5-0.

Gabriel Jesus was one of the main culprits when it came to missed chances at St Mary's, but the Brazilian needed just 10 minutes to score against Newcastle as he steered David Silva's cross into the far corner.

Kevin De Bruyne then picked out Riyad Mahrez for a simple finish.

There was more than a hint of fortune to City's third as Matt Ritchie's attempted clearance ricocheted off Federico Fernandez into his own net.

Silva's appearances at the Etihad are running out, with the Spaniard ending his 10-year stay in Manchester when City's season finishes in August.

He left another reminder of why he will be so missed with a sumptuous free-kick to make it four.

And Silva turned provider again in stoppage time for Raheem Sterling to round off the scoring.

"His performance today and in the last games, the level he is having is the best of the season," Guardiola said of Silva.

City will find out next week if the club's appeal against a two-season ban from European competition to the Court of Arbitration for Sport has been successful.

But they have almost done the job on the field to qualify for the Champions League for a 10th consecutive season with a 14-point lead over fifth-placed Manchester United, who have five games remaining.

"We played good, the same level as the last games. Today we score the goals we missed the last game," Guardiola said.

Nuno Espirito Santo's men fell to a second straight defeat when John Egan's powerful header won it for the Blades in stoppage-time.

Victory moved United up to seventh, within one point of Wolves, who remain seven points adrift of the top four.

At the bottom of the table, West Ham failed to give themselves more breathing space from the bottom three with a 1-0 home defeat by Burnley.

Jay Rodriguez's header seven minutes before half-time moved the Clarets into the top half of the table.

West Ham remain four points above the relegation zone, but Villa and Bournemouth, who host Manchester United and Tottenham respectively, have the chance to narrow that gap on Thursday. 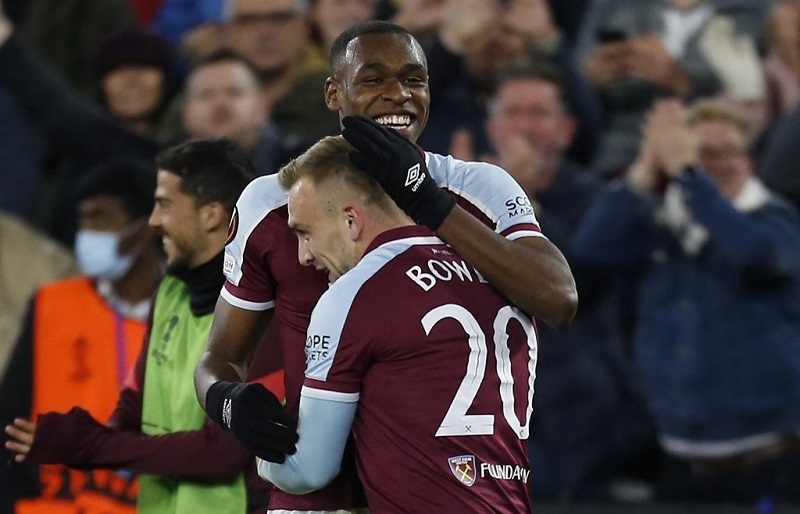