February 02, 2016 | 11:25 (0) user say
Tweet Email Print
Ecommerce companies are planning to expand their operation to the largely untapped market of cities and provinces outside of Hanoi and Ho Chi Minh City. 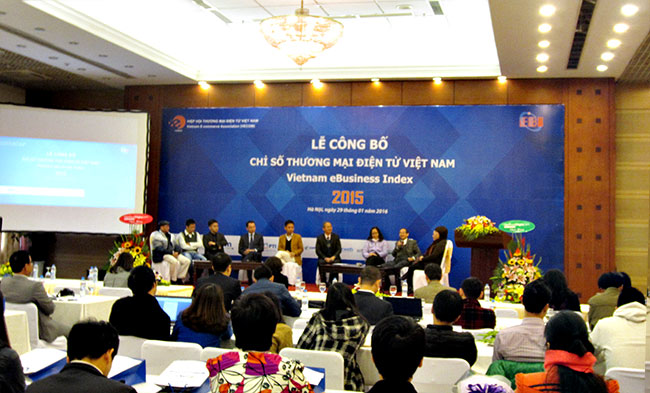 According to Vietnam E-Commerce Association (VECOM)’s E-Business Index 2015 (EBI 2015) report released on January 29, there is a big gap among cities and provinces. Ho Chi Minh City and Hanoi continue to lead in business-to-customer (B2C) transactions for the fourth consecutive year, leaving other localities far behind.

The index was calculated based on the use of emails for commercial activities, the set up and operation of company websites, participation in e-marketplaces, the use of non-cash payment methods, and protection of personal information. The fact that Hanoi and Ho Chi Minh City scored around 70 index points, while the average for all 63 cities and provinces is 46.9, shows that even though ecommerce is growing fast in Vietnam, it does so in a regionally uneven pattern.

Statistics from companies show similar trends. According to Nguyen Phuong Hoang, deputy general director of online marketplace sendo.vn, of the 80,000 shops currently listing products on Sendo’s website, only 2-3 per cent are based in cities and provinces outside of Hanoi and Ho Chi Minh City.

Meanwhile, DKT JSC, a leading provider of ecommerce solutions to companies (mostly small and medium-sized businesses), said that among the 15,000 customers of its ecommerce platform bizweb, 75 per cent are based in Hanoi and Ho Chi Minh City.

“Bizweb has customers from all the other 61 cities and provinces as well, but these localities only account for 25 per cent of the total,” said DKT CEO Tran Trong Tuyen.

In this context, companies have started to pay increasing attention to marginalised localities. According to Sendo’s Hoang, ecommerce is not yet popular in these localities due to high shipping costs and time. Knowing this, Sendo plans to roll out programmes to support sellers based in these localities to help them increase service quality, as well as decrease shipping time and cost.

“Sendo is also going to promote sellers of specialty foods and products of localities, such as fish sauce from Phu Quoc or fermented pork from Binh Dinh,” Hoang said.

On its part, DKT is hoping to cooperate with the local departments of Industry and Trade of to help small and medium-sized enterprises take advantage of ecommerce. Specifically, DKT has set aside a budget of VND2 billion ($90,000), and plans to support about 100 enterprises per locality.

On the other side of the equation, customers from localities also expressed interest to buy from Hanoi and Ho Chi Minh City-based sellers but shipping times and costs are generally deemed too high.

“Shipping can be a big burden for companies. If a company in Hanoi gets an order from a customer in Binh Duong, shipping costs might exceed the profit made on the deal. This is what prevents companies from approaching these markets,” said Le Ngoc Anh, shop business director of Lingo, which operates e-retail site lingo.vn.

A transit station in Ho Chi Minh City has helped Lingo cut this cost to a third. Therefore, in the near future Lingo plans to open more transit stations in other cities, if the orders from these locations reach a certain threshold.

The EBI 2015 was compiled by VECOM after surveying about 5,000 companies all over the country. In 2015, ecommerce grew quickly in all fields of business. VECOM assessed that ecommerce in Vietnam has entered the third phase, the fast growth phase, after its formation (1998-2005) and popularisation (2006-2015).

Hindrances to the growth of ecommerce in Vietnam include the unpopularity of card payment, the lack of capable human resources, and the fact that shipping and fulfilment services do not yet meet the requirements of ecommerce.