The Vietnam Professional Football Company (VPF) organised a draw for the national tournament in Hanoi on Friday.

The national premier tournament will have 13 teams competing in a round-robin, two-leg, home and away format.

Whoever is crowned champions on November 20 will walk away with a purse of VND3 billion (US$132,000). The bottom-placed team will be relegated to V.League 2 next season.

It will be a tough opening weekend for HAGL, who were top of the table when last season was cancelled. They will be away to Nam Dinh, who are not the most consistent team but have a reputation of being occasional giant-killers at Thien Truong Stadium in recent years.

The other matches of the opening weekend will be Hanoi and Thanh Hoa; Binh Dinh and Viettel; SLNA and Binh Duong; SHB Da Nang and Sai Gon, and Hong Linh Ha Tinh and Hai Phong.

At Friday's draw, VPF also announced the schedules for the V.League 2 and the National Cup.

The V.League 2, which has 12 clubs, will begin on March 5. The top two teams will jump to the V.League 1 and the winning team will secure a VND1 billion ($44,100) bonus. There is also one relegation spot for the bottom team.

The National Cup will see all V.League 1 and V.League 2 clubs competing for the cup. They will compete in a knock-out format tournament that kicks off on April 6.

The 2021 season was cancelled because of the pandemic and, for the first time, no team was crowned champion in any league. As the result, there will be no Super Cup match between the V.League 1 champions and National Cup winner this year.

VPF have this year made plans for the tournament to adapt to any further COVID complications.

To improve the quality of the matches and the eligibility of COVID-19 substitute plans, clubs are allowed to register 35 players, five more than previously. Coaches can also sign up to four players to improve their line-up during the season's break, instead of three as in the past.

Dong Luc Group has become sponsor of the three domestic tournaments, which was announced at a ceremony in Hanoi on Friday.

The group is a familiar brand name in Vietnam and has supported various sport tournaments and teams since 2003.

Dong Luc will deliver balls of FIFA quality for competitions and training, as well as kit and sportswear for all referees, referee assistants and working staff.

Over the weekend, Hanoi FC introduced their second foreign player, Serbian Djuro Zec, purchased for 700,000 euros (US$796,000), according to Transfermarkt.

Before coming to Hanoi on a two-year deal, Zec plied his trade as a left-winger for Backa Topola in Serbia.

The 31-year-old said Vietnam is a totally new country to him. It will be a challenge and an opportunity for him to discover his abilities.

On Saturday, Binh Dinh introduced 12 new faces who are expected to lift them up in the 2022 season.

Their two foreign players are Jamaican Jermie Lynch and Brazilian Rafaelson Bezerra Fernandes, who both play in the front line.

They also have Nigerian forward Michael Olaha back in the team after two years playing in Israel. They are still in the market for two other foreign players in midfield and up-front. 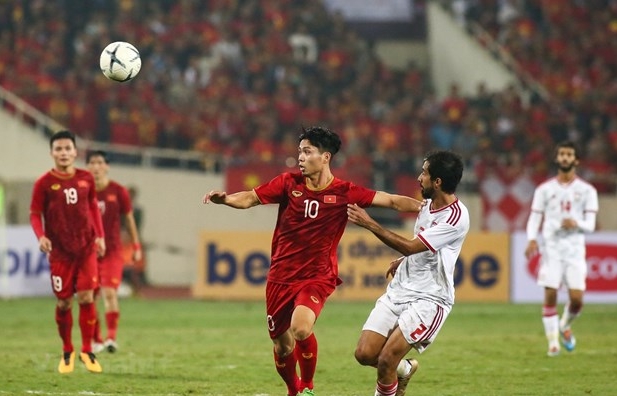