Coteccons wins a series of large-scale projects in Q2/2021

July 08, 2021 | 09:30 (0) user say
Tweet Email Print
Coteccons Construction JSC has received an announcement of bid winning for the Ecopark Swanlake Residences project from the investor Ecopark Group JSC, and a series of new projects spread across the country.

With the Ecopark Swanlake Residences project, Coteccons won the bidding by overcoming a good deal of renown domestic and international contractors. With the outstanding success at Rung Co luxury apartment complex, Coteccons has built its reputation and is trusted by the Ecopark Group as the general construction contractor for the design and building of five CT 21-22 towers.

Up to now, this is the largest residential project in Vietnam, located in an urban area of nearly 36 hectares.

Swanlake Residences is Ecopark's iconic project in 2021, set in one of the most beautiful locations in the urban area. The project entails two basements, three floors of a commercial centre, and five towers with 33-40 storeys, surrounding the 1km-long Swan Lake and the 50ha Swan Lake Park, offering a beautiful view with fresh air all year round.

This complex includes 14 hot and cold mineral pools, equivalent in quality to the best hot mineral spots in Hanoke, Japan. In addition, Swanlake also has a large-scale spa area that will include services such as consultation, treatment, regeneration care, and relaxation offers.

Since Coteccons is responsible for both design and building of the iconic Ecopark Swanlake Residences, project management and implementation can be processed smoothly and quickly, with much time saved for both the general contractor and the investor. Unnecessary steps can be reduced in numbers, and the investor's cash flow will also be optimised. These advantages have been confirmed in several high-class housing projects such as Masteri Thao Dien, GoldView, Diamond Lotus Riverside, and many more.

For many years, the Ecopark urban area has been evaluated by architecture and construction experts as the largest ecological complex in the Northern region. The project is built and developed based on the harmony of urban space and natural environment. From that, it will create a multi-functional city, an ideal space to meet all needs of housing, office and commercial space, tourism and entertainment in the northern region.

Kicking off Q3/2021 with a series of new projects

Therefore, by the end of the second quarter of 2021, together with Ecopark Swanlake Residences, Coteccons had received a series of new projects. This is very positive news for Coteccons in particular and the domestic construction market in general, demonstrating the sustainable growth and efforts of the new Coteccons Board of Management when the epidemic is still affecting the economic situation in the region.

Furthermore, at the beginning of July, Coteccons announced a bid win of InterContinental Halong Bay Resort & Residences project of investor BIM Land Real Estate Company. Accordingly, Coteccons was honoured to be selected as the general contractor for the first international-standard luxury coastal resort project in the north.

With an area of 4.5ha, the project stretches along the 580m long coastline with a direct view of Halong Bay. The project includes a hotel with 175 rooms, a limited collection of 41 villas, and 60 luxury resort apartments named Sky Residences. It is expected that constructed will be completed within 19 months.

Besides Intercontinental Halong Bay Resort & Residences, Coteccons continues to be honoured to cooperate with other investors in the north, such as Nam Cuong Group with its 100 luxury villas on 35ha in the Duong Noi new township; general contractor EuroWindow for a low-rise-housing project including villas and townhouses in Trau Quy town, Gia Lam, Hanoi.

In the south, after a series of highlighted projects with Hilton – such as Double Tree by Hilton Halong Bay, Hilton Hotel Saigon, and others – Coteccons continued to receive the construction contract for the office building and 5-star Hilton Double Tree Vung Tau. The project is developed by OSC Co., Ltd. and Duxton (Vietnam). Located in the centre of Bai Truoc, the project promises to be an impressive architectural highlight in Vung Tau city, right next to one of the most beautiful beaches in Vung Tau city.

In May, with its reputation as the general contractor of super high-end projects, Coteccons was handed over another project by the investor Onsen Fuji to undertake the Dolce Penisola Quang Binh 6-star hotel. The project includes two 29-floor towers and one basement on an area of more than 8,000sq.m.

For this project, Coteccons will the strategic partner performing the construction of the piles, the tunnel and body structure, and landscape infrastructure, among other works. Besides that, the representative of the investor of this project emphasised, "Shaking hands with Coteccons is an important piece in the construction of the Dolce Penisola Quang Binh 6-star hotel project." 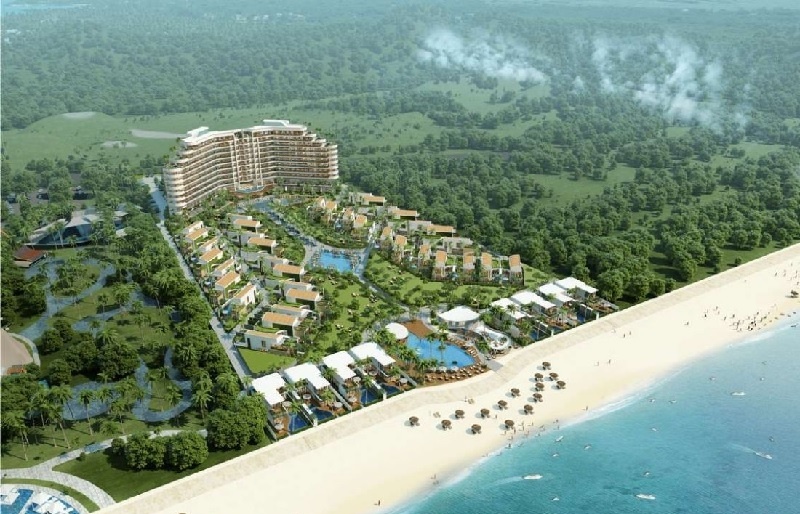 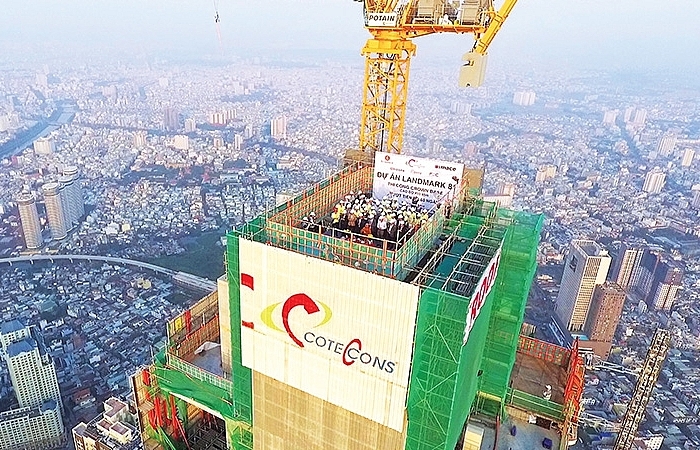 Stakeholders setting precedent over control of Coteccons’ board 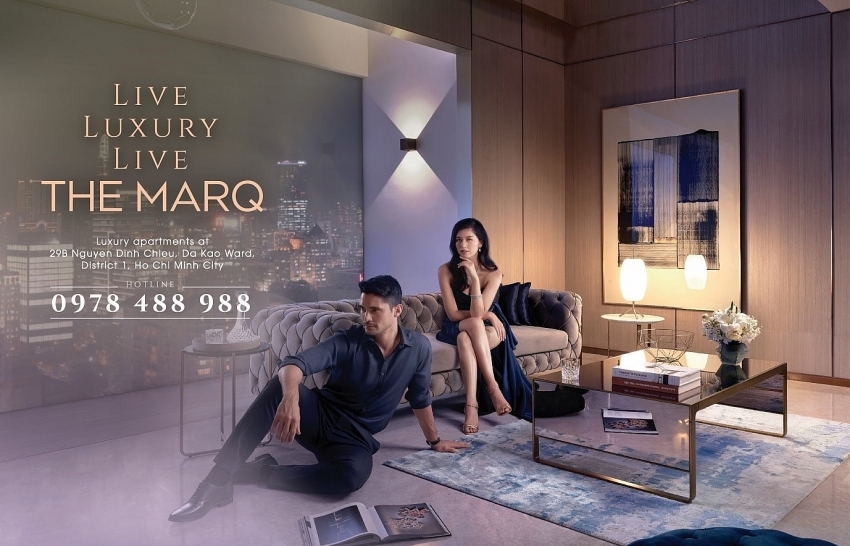 Will there be senior personnel changes at Ricons and Coteccons at upcoming AGMs? 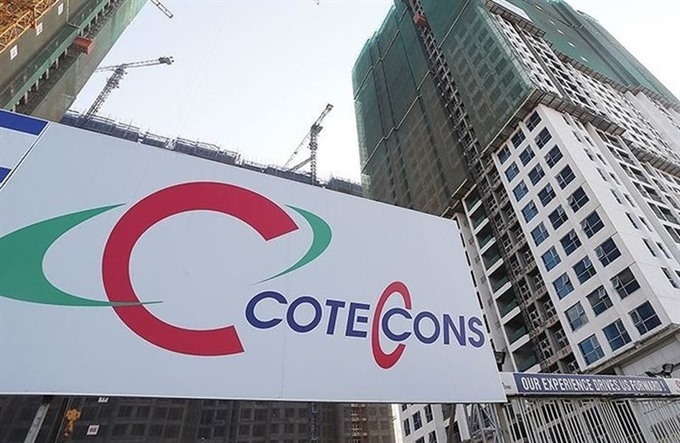 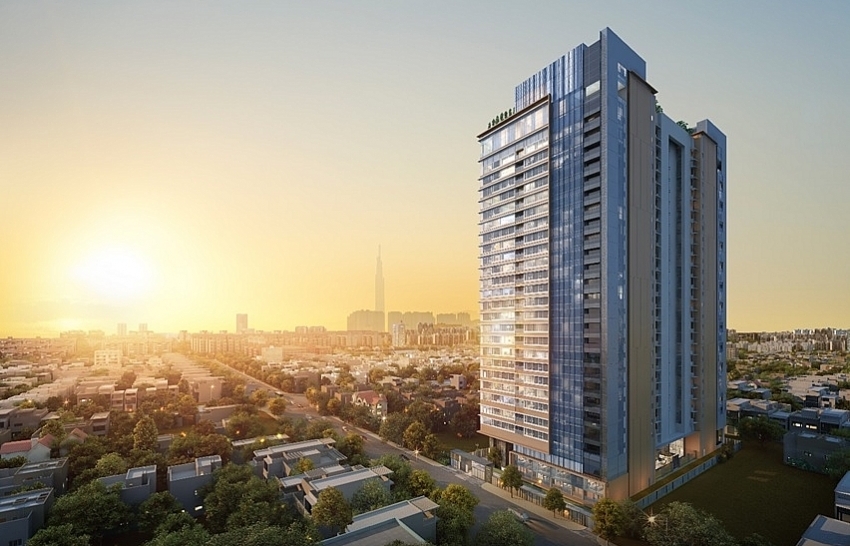 Hongkong Land appoints Coteccons as the main contractor for The Marq