Like many others, Workthere sees the potential of the market. Last year, there were about 60 co-working spaces in Viet Nam. Between 2018 and 2019, realty firm Savills reported the supply of co-working space increased by 64 per cent.

The rise in the number of co-working locations across Việt Nam has been driven by the growth of start-ups. As more than 30 per cent of the population are under 34 years old in Viet Nam, co-working spaces offering a unique work environment can help attract talent to join organisations.

Nguyễn Hoài An, director of Consultancy Services at CBRE Việt Nam, told Viet Nam News that as millenials account for 91 per cent of clients in local co-working spaces, much higher than the global average of 67 per cent, more firms are bound to join the market to meet demand.

It also meets the need for cost-effective spaces of small- to medium-sized (SMEs), which account for more than 90 per cent of local enterprises.

According to the National Agency for Business Registration, in the first nine months of this year, more than 100,000 new businesses were registered in Việt Nam, a 5.9 per cent year-on-year increase.

The growing market includes local names like Toong, Up, and Dreamplex, CoGo as well as foreign operators like Regus (UK), Hive (Hong Kong), CEO Suite (South Korea), and Klouds (Singapore) and WeWork (US).

Expanding to Asia, last year WeWork, as the hottest name in the co-working market, opened its first facilities in HCM City and plans to open 10 nationwide. A WeWork insider declined to tell Viet Nam News any more detail about current extension.

However, on her Facebook, she posted an image of an ongoing construction with the WeWork logo and a caption “new kid on the block".

Savills experts said in this year, other co-working spaces opened more than 10 facilities in Viet Nam, adding that if WeWork missed the current time of development, it would be left behind.

Local expanding to the region

Together with the facilities in Hà Nội, HCM City and Nha Trang, Indochina Capital-backed Toong has run a co-working space in Vientiane, Laos since June and plans another for Cambodia.

Hoài Phạm, marketing director of Toong told Việt Nam News they definitely expanded to the region because of its huge potential. They already received booking order even as the construction work there had not yet finished.

According to Hoài, Laos and Cambodia have a smaller start-up community than in other markets, so most of the customers are foreign companies.

Currently, UPGen operates 80,000 sq.m of spaces in 21 facilities including 18 in Việt Nam, with top Vietnamese tech companies like Tiki, BE Group and Yeah1, and Standard Chartered as its tenants.

The company is also a strategic partner of commercial lender VPBank. 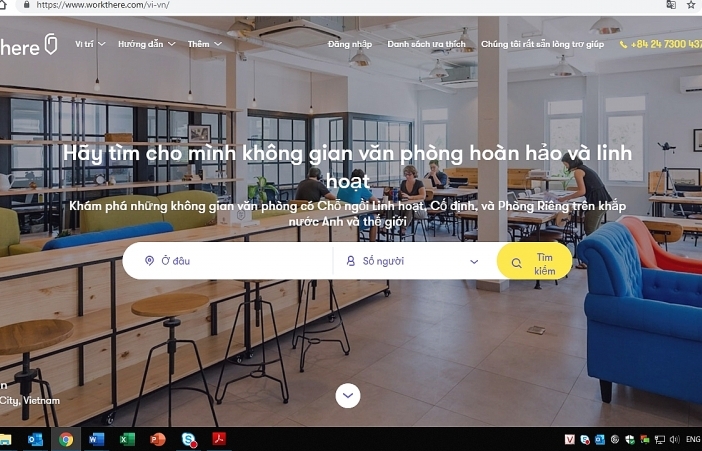