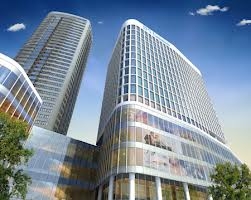 Out of the reported sum, the newly registered foreign direct investment (FDI) capital was $1.35 billion and the remaining was contributed by expansion fund.

In the broader picture, the real estate segment was behind only the manufacturing  sector– which was the most attractive and received the most FDI inflows in Vietnam in 2012.

Significantly, the registered FDI in the real estate sector last year was more than doubled the figure of 2011 at around $845 million.

However in comparison to previous years, FDI in Vietnam’s real estate sector has been declining for the last four years.

In 2008, FDI registered in the real estate sector reached a record level of $23 billion. It was then down in 2009 and 2010 to $7.4 and $6.8 billion respectively, according to the report of the Ministry of Planning and Investment’s Foreign Investment Agency.

Difficulties did not come to small companies, but also bigger names. The list of foreign investors in troublesome in Vietnam’s real estate has been lengthened such as Posco E&C and Berjaya. The gloomy situation is easy to understand in the past year as the market has been struggling with sharp downturn.

Remarkably, VinaCapital’s VinaLand Limited announced its withdrawal from some projects and would not invest in new real estate projects in the next three years, except from developing the current projects and restructuring its portfolios.

On the other side of the coin, property projects of long term strategy and financial strong foreign investors like Keppel Land, CapitaLand, Ciputra, Indochina Land and CT&D Group are going smoothly.

One of the brighter signs is  South Korea’s Daewoo E&C which started its $2.5 billion StarLake township in the west of Hanoi in November last year. The development of the township is expected to be complete in 2019.