December 10, 2013 | 10:19
Tweet Email Print
The National Assembly on November 26, 2013 adopted the Law on Tendering [refered to in VIR#1155 as the Law on Public Procurement], which is expected to encourage a more competitive environment for government bid packages. Le Net and Thai Huynh Ngoc Kim Ngan at LNT & Partners take some highlights. 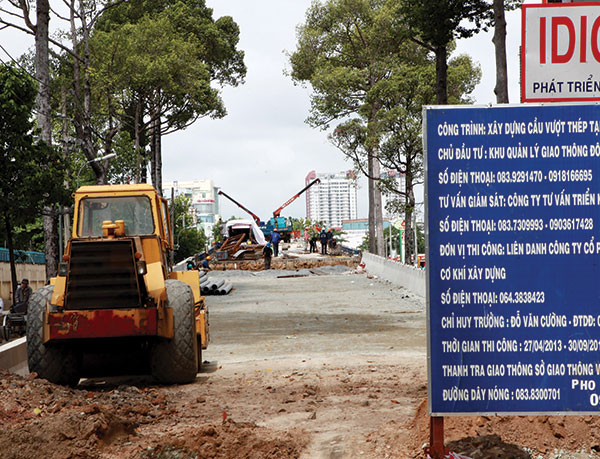 Aimed at addressing certain loopholes and issues related to the current legal framework on procurement, the new Law on Tendering was intended to provide new provisions to clarify these issues. It devotes a separate chapter to each of the following subjects:

Several options, including application of modified criteria (specifically on cost and contractor qualifications), in the evaluation of bidding dossiers by bidding organisers; and

Involvement of foreign contractors being made subject to two new conditions; namely, that they must (i) work in partnership with a Vietnamese company or sub-contract a local company; and (ii) employ only foreign workers when there are no qualified Vietnamese workers available for the project.

As such, the amended provisions are also designed to support local contractors participating in international projects. In addition, the Law on Tendering also includes many new terms and some new principles that aim to actively enhance competitiveness, decentralise public procurement and promote anti-corruption measures. It also introduces a new scope of application for official development assistance (ODA) projects. It is expected that the implementing regulations will rein in ODA projects to a more efficient level. Ideally, the regulations aim to determine the steps towards controlling procurement activities, ensuring fairness between the parties, and limiting corruption.

There are two examples where the Law on Tendering has proven its efficiency.

Total estimated costs and the procedure for bidding supplements

During the process of implementing the winning package, contractors often apply to adjust costs of the project scale related to the bid cost adjustment. Actual evidence shows that many projects are won by bids that are deliberately lower, but which later apply for an adjustment in the scale of investment leading to increased levels of investment. Therefore, this new regulation is intended to overcome this issue, through the appointment of sub-contractors via bidding. As a result, this regulation should contribute to restricting wastage of the state budget.

Responsibility of competent persons in bidding and direct appointment of contractor

Regarding the determination of competent persons, the regulation as described in Article 4(3) is a step forward. This allows quick decisions to be made on small packages. To avoid the downside of this regulation, the responsibility of the authorised individual is clearly defined. As a result, this restricts the abuse of power by an authorised individual, closes a loophole and creates a healthier bidding environment.

However, apart from progress on this issue, there remain a number of practical issues that should be supplemented and rectified in the decrees implementing the law.

The provisions of the applicable object are always a matter of controversy and present an interesting point. This law provides that procurement activities include “implementation of investment projects developed by organisations other than those specified in points a and b of this paragraph may use state capital, capital of state-owned enterprises, 30 per cent or more or less than 30 per cent but more than VND500 billion in total investment of the project be approved”.

Article 4(44), closely outlines the definition of “state capital”. The law defines state capital to include both equity and loan capital for the purposes of this provision, including capital of state owned enterprises or loans that are guaranteed by the state or secured against state assets. Due to this broad definition, most private public partnership projects (PPP) may fall into the scope of this application, because most public infrastructure projects may require state guarantees.

Consequently, the status of state capital under this law poses a great challenge to the current legal framework. As a result, different types of “state capital” outside the traditional meaning of “state capital” will be restricted. The broad application of this law may further delay the implementation of many projects to organise tendering, such as joint ventures between foreign investors and state owned enterprises, or PPP projects in which the state participates.

Race to the bottom

Time is not the only concern with the Law on Tendering. Quality is also an issue because it could be compromised by cost. Assessment methodology bids as described in Article 38 (1) of the Law on Tendering introduced lowest cost methods. This method is commonly used in a number of developing countries. However, in theory, businesses cannot simultaneously meet the multiple requirements of better quality and cheaper prices. Regrettably, the new law still follows the “cheap price” approach, which may turn out to be expensive in the long run because of low product quality.

The low price approach may also be paralysed by price adjustment provisions in the granting of the project. We understand that an adjustment in prices is “unavoidable” because the country’s macro-economy is still unstable. However, the particular price may be flexible, but the total price should be fixed, since all the risks, such as the escalating price of materials and labour costs, should be taken into account in the bidding price from the start. In reality, the adjustment of prices has led to the situation where the prices of all projects have been driven up to levels higher than the bids with many contractors intentionally delaying the construction process to have the prices adjusted.

The method for the direct appointment of contractors should reflect real world practices but at the same time, promote openness, transparency and prevention of corruption in the bidding process. This is a significant change from the former Law on Tendering in that it now prescribes fixed price, cost evaluation and technical and cost methods.

The consideration should also be made when adding provisions that ensure objectivity, transparency, efficiency and limiting of corruption to the lowest price method. For that purpose, the law provides that the direct appointment should be adopted in simple or small-scale cases. However, what packages should be deemed as simple or small-scale? The current regulations are quite unclear, leading to several interpretations and different applications. Therefore, this should be further considered when applied in reality.

In addition, this new regulation resolves situations where projects win the bid but fail to meet their deadline because contractors lack capacity (only winning the bid on the basis of lowest price alone). The weight given to the lowest bid as a decisive factor and failing to take into account other factors, is a main cause for faulty and low quality  projects. This new regulations also prove that selection of contractors should not only be based on the “lowest bid” but also take into account contractor capacity, qualifications and experience, and sources of supply. However, the regulations on evaluating contractors should further focus on contractor capacity because “quality of the project as the first and foremost priority”.

Overall, there are many positive improvements in the new Law on Tendering, and an  intention to enhance investment efficiency and reduce corruption.