Retirement age set to be increased

May 24, 2018 | 08:00 (0) user say
Tweet Email Print
Under the pressure of a rapidly aging population and dwindling social welfare funds, Vietnam is planning to raise the existing retirement ages for both men and women to mitigate the economic impacts of these issues.

This September, Vu Quang Tho, head of the Institute for Workers and Trade Unions under the Vietnam General Confederation of Labour, will officially retire. The 60-year-old has devoted decades of his life to studying labour policies.

Tho may not be able to benefit from an upcoming increase in the working time for state officers and employees, which was just agreed on by the Party Central Committee.

The Ministry of Labour, Invalids, and Social Affairs (MoLISA) will soon revise the existing Labour Code, with the new retirement age cap scheduled to take effect from 2021.

“The Institute and the Confederation believe the change will enable state employees to work more. Under our survey, many said they want to see their working time lengthen,” Tho told VIR. “It will also help Vietnam respond to the aging of its population and ease burdens on social insurance funds.”

On May 12, the seventh plenary session of the 12th Central Committee of the Communist Party of Vietnam released three major resolutions, including one on social insurance reform.

“The retirement age will be raised under a proper roadmap regarding its suitability to specific groups and occupations. Gender equality must be ensured. Measures must be taken to deal with the aging population and rapid changes of the labour market, and the introduction of new labour forms under Industry 4.0,” stated Party General Secretary Nguyen Phu Trong.

According to the International Labour Organisation (ILO), taking into account the fact that there is and will be a substantial increase in the life expectancy in Vietnam and that there will be a substantially smaller number of working population per pensioner due to the declining fertility rate as well as people’s longevity, it is essential to gradually increase the retirement age to improve the future financial balance between contributions and benefits.

It should be noted that increasing the retirement age is important in order to have a sufficient labour force amidst the decrease of the working-age population, as well as to maintain financial sustainability of the scheme. It is also important that the retirement ages for men and women should be finally equalised, so that Vietnam can utilise all the human resources available in the country.

“According to forecasts by international organisations and experts, by 2026, Vietnam will begin seeing its population officially entering an ‘aging’ stage. If we don’t increase retirement ages, we won’t be able to cope with this aging population,” MoLISA Minister Dao Ngoc Dung said.

In a report on Vietnam’s economy released in July 2016, the World Bank warned, “Vietnam is about to start aging at an unprecedented pace.”

Put another way, the elderly dependency ratio in Vietnam – the percentage of people aged over 65 relative to the working age population – is expected to almost triple from around 10 per cent in 2016 to 26 per cent by 2040.

“The speed of aging in Vietnam is among the fastest seen globally to date,” said the report.

“This will undermine the social insurance fund,” Minister Dung said.

Nuno Cunha, ILO senior specialist on social security, told VIR that the performance of social insurance funds can indeed play a long-term role for the sustainability of the fund, but the pace of demographic change with such a rapidly growing and aging population creates challenges that can only be solved by changing system parameters, and one of those is indeed retirement age.

According to him, looking at life expectancy in Vietnam, it is clear that nowadays, a woman who reaches 60 years of age is expected, on average, to live until age 81.6. By retiring at 55, women would thus receive a pension for more than 26 years on average.

“Imagine that someone enters the labour market at 25. She would contribute for 30 years at most, probably less. A contribution of 30 or 35 years for a pension payment that lasts 26 years is just not possible. It is not difficult to understand the challenge that this poses to a pension system,” Cunha stressed.

“And with time, this situation will get more dramatic. Not only will life expectancy continue to increase, the ratio of working adults per elderly person will shrink from more than six to two. We do not see a way for the system to survive if parameters like retirement age are not adjusted,” he added.

In need of a roadmap

However, according to experts, a concrete roadmap to raise the retirement age is needed. ILO has also made a proposal to create a roadmap and start implementing it slowly and gradually.

“From what I know, this is the proposal that is under discussion. It goes in the right direction and tries to give time for people to adjust, but also for the economy to further develop,” Cunha said.

Vu Quang Tho of the Institute for Workers and Trade Unions said, “We cannot raise the retirement ages immediately, as it will cause social disorder. We would need thorough preparations.”

He said that in Vietnam, over one million young people are currently unemployed, including hundreds of thousands of university graduates. These people must be employed before a rise in retirement ages can be applied.

“However, they can be employed if the local market grows stronger and more stable,” Tho said, proposing that a rise in working time should be prescribed in sub-law documents like a decree or a circular, which is easier to be amended than a law. 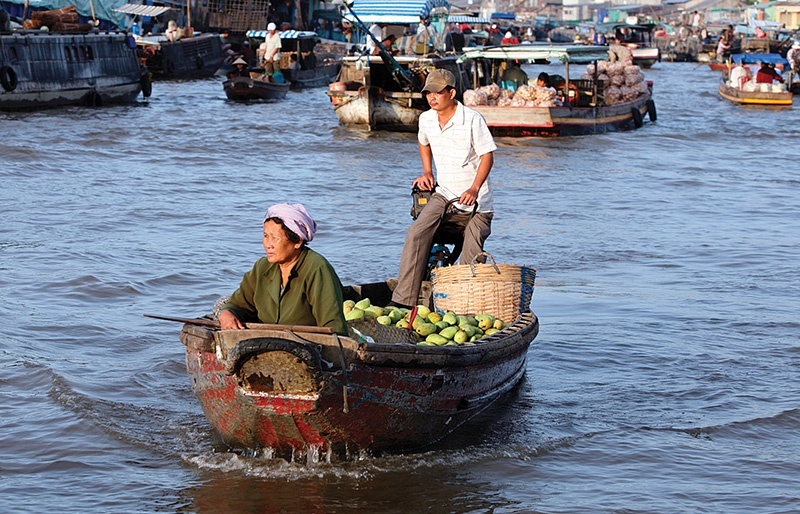