Piatek joined Milan from Genoa in January and has now scored eight goals in nine matches, as the club notched up a fifth straight league win to remain unbeaten since before Christmas.

Returning from injury, Lucas Biglia opened with a curling free kick after 31 minutes in Verona. It was just his second goal for Milan and first since February last year.

Finnish midfielder Perparim Hetemaj got his head to the end of Leris cross to pull the hosts level four minutes before the break.

But once again Piatek proved crucial, scoring the winner after 57 minutes in controversial circumstances.

Chievo goalkeeper Stefano Sorrentino parried a shot from the Polish striker who then dived to send the ball back into the net after an overhead kick which struck Mattia Bani.

A VAR review confirmed the goal to the fury of Chievo coach Domenico Di Carlo.

"It was a kung fu kick, it's impossible not to spot that," complained Di Carlo whose side have just one win from 27 games.

"You can write the headline: 'Chievo beaten by a kung fu shot'."

The 23-year-old Piatek joins Juventus star Cristiano Ronaldo and Sampdoria's Fabio Quagliarella on top of the Serie A scorers' chart with 19 goals this season.

Champions Juventus pulled 19 points clear at the top on Friday with Moise Kean scoring a brace in a 4-1 win over lowly Udinese.

Inter Milan, are fourth, four points behind Milan, before hosting SPAL on Sunday.

The Milan teams will go head-to-head next weekend.

"We started off well, controlled the game but we then conceded a goal and then lost the compass for a moment," said Milan assistant coach Luigi Riccio.

"Fortunately Krzysztof Piatek got the winner and sorted things out.

"We know the difficulites involved in a derby and wanted to get to that game with this kind of standing. We're on the right road and want to continue like this."

However, coach Gennaro Gattuso was sent to the stands for arguing on the sidelines with Chievo midfielder Riccardo Meggiorini in the first-half and now risks a suspension for the derby.

"We hope Gattuso will be there for the derby, it would be an added bonus for us," said Riccio.

"These things happen, Gattuso spoke to the referee afterwards and it's all sorted out. All clarified."

Roma, in fifth, three points off the Champions League places begin life under new coach Claudio Ranieri at home against Empoli on Monday.

Kucka broke through after 78 minutes against his former club on a rebound after Brazilian goalkeeper parried his header. 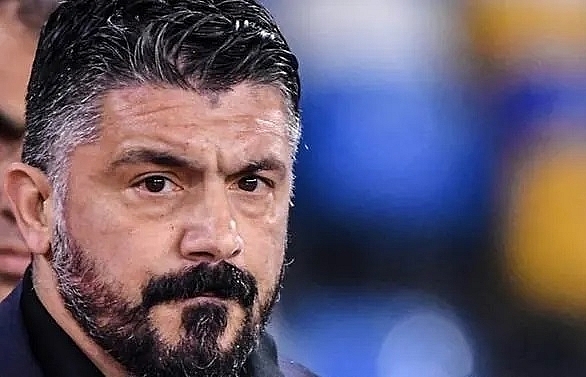