Opening ceremony looks to the skies

Paralympians soared through the air above the 80,000-seater Olympic Stadium while Hawking, the world's most famous living scientist, urged people to look to the stars for inspiration.

In a spectacular finish, a British marine who lost both his legs in an explosion in Afghanistan brought the flame into the stadium on a zip wire from the Orbit tower.

Britain's Queen Elizabeth II declared the Games open after a joyous athletes' parade that saw competitors from a record 165 nations take their bow.

The show began with a spectacular flypast as a plane, lit electric blue and trailing golden sparks from its wings, circled overhead.

British theoretical physicist Hawking, paralysed and in a wheelchair much of his life due to a rare form of motor neuron disease, kicked off the show by speaking of the challenge of working out how the universe works.

"Ever since the dawn of civilisation, people have craved for an understanding of the underlying order of the world. Why it is as it is, and why it exists at all."

The umbrella was used as a motif throughout the show, in a light-hearted nod to Britain's gloomy weather.

A glowing, celestial sphere descended into the middle of a giant central umbrella, igniting the "Big Bang" signifying the creation of the universe. Some 600 performers with umbrellas that lit up radiated out from the centre.

The ceremony's artistic directors Bradley Hemmings and Jenny Sealey said their show was a tribute to human endeavour.

"We hope that you will join with us in celebrating the empowering possibilities of ideas, science and creativity, through which we can realise our full potential: who we are and who we aspire to be," they said.

Led by the three competitors from Afghanistan, the athletes' paraded to a soundtrack mixed by three local disc jockeys.

Each country's name was written atop an umbrella in the London Underground font.

Every nation was given a warm reception, something that was a feature of the Olympics just a few weeks ago.

Taking pictures and waving to the crowd, some on crutches, others in wheelchairs pushed by their team-mates, the athletes revelled in the moment.

The Mexicans, wearing sombreros and colourful woollen ponchos, shook their rattles, while Belgian sprinter Marieke Vervoort had her labrador Zenn upright on her lap.

The Ghanaian delegation danced their way round, while the North Koreans looked overjoyed as they waved their national flag.

Great Britain were welcomed in last with a deafening roar, David Bowie's "Heroes", and a blast of gold and silver ticker tape.

London Games chairman Sebastian Coe said: "It is my great honour to say welcome home to the Paralympic Games," as the event turned to its ceremonial conclusion.

"These will be Games to remember.

Queen Elizabeth, who was joined by her grandson Prince William, his wife Catherine and other senior royals, then declared the Games open, heralding the start of 11 days of Paralympic sport.

"What can be more special than that there is no boundary?" asked Hawking.

"There should be no boundary to human endeavour."

In tribute to Isaac Newton's discovery of gravity, the spectators simultaneously crunched into apples.

After the flame's dramatic entrance, the cauldron was lit by 84-year-old Margaret Maughan, Britain's first gold medallist from the inaugural 1960 Paralympic Games in Rome.

Singer Beverley Knight closed the show with a rendition of "I Am What I Am" as fireworks exploded across the Olympic Park. 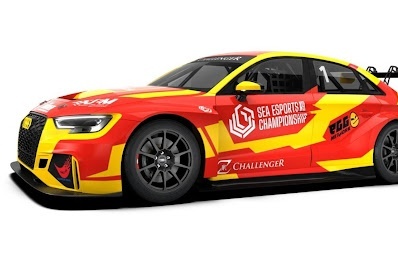