December 09, 2020 | 17:12 (0) user say
Tweet Email Print
With 30 per cent of the stakes acquired from Portsville Pte., Ltd. – a wholly-owned subsidiary from Singapore’s Keppel Land Ltd. in Dong Nai Waterfront City – Nam Long Group has become the only owner of this giant project.

According to a statement from Keppel Corporation Ltd., this transaction follows the divestment of Portsville’s 70 per cent interest in Dong Nai Waterfront City to Nam Long, which was announced on 28 January 2019 and 10 April 2019.

Dong Nai Waterfront City is a joint-venture which was granted the right to develop a township in Dong Nai province from 2019 to 2025 at a cost of VND9.2 trillion ($400 million).

“The divestment is in line with Keppel’s plan to monetise identified assets and apply the balance sheet space that is released for new growth opportunities under its Vision 2030,” the company said in a statement.

The total consideration of the sale stake is VND1.951 trillion ($84.83 million) and will be paid out in cash to Portsville in two tranches following the completion of the divestment.

“The divestment is conditional upon certain conditions precedent being fulfilled, including but not limited to, the issuance of a new Enterprise Registration Certificate by the relevant Vietnamese authorities. Following the completion of the divestment, the company will cease to hold any interest in this project,” added the statement.

According to Steven Chu Chee Kwang, CEO of Nam Long Group, Nam Long and Keppel Land Vietnam have a long-time cooperation when they always support each other in the development strategy of both sides.

“With Nam Long's development strategy of becoming an integrated urban developer in the coming years, Keppel Land Vietnam has given us the opportunity to own an ideal urban area of ​​over 170 hectares of land with great development potential in the near future. We believe that, apart from this project, Nam Long and Keppel Land also have many further opportunities to cooperate in different segments to co-develop in this urban area in the near future,” Kwang said.

Dong Nai Waterfront City has around 3,000 low-rise houses equipped with a perfect system of services, education, healthcare centres. The first product of this project will be launched to the market in the beginning of 2021.

This project is located in Long Hung commune in Bien Hoa city, the heart of the southern key economic region and has the most dynamic and developed economy and infrastructure in Dong Nai province.

From the project, it will be easy to access inter-regional arterial roads such as National Road 51, National Highway 1A, Hanoi Highway, My Phuoc-Tan Van-Nhon Trach Avenue, Ho Chi Minh City-Long Thanh-Dau Giay Expressway, the future Long Thanh International Airport, and Metro Line No.1 (Ben Thanh-Suoi Tien-Bien Hoa), and others.

This area is also home to a number of large industrial parks such as Bien Hoa 1 and 2, Amata, Long Binh, Tam Phuoc, and Long Thanh, where tens of thousands of experts and workers work and live.

Importantly, Dong Nai Waterfront City is located in the centre of the area the province plans to turn into an eco-urban area with trading and services along the Dong Nai River. Many large projects are planned here, including Long Hung Urban Area and Aqua City.

In the future, it will be a bustling urban complex located between the major economic hubs of the south such as Ho Chi Minh City, Bien Hoa city, Binh Duong New City, and Vung Tau city. 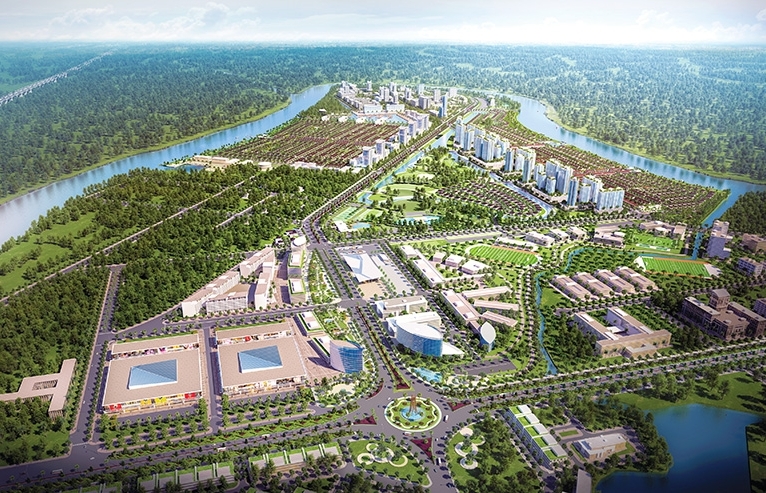 The Waterpoint a focal point in satellite township 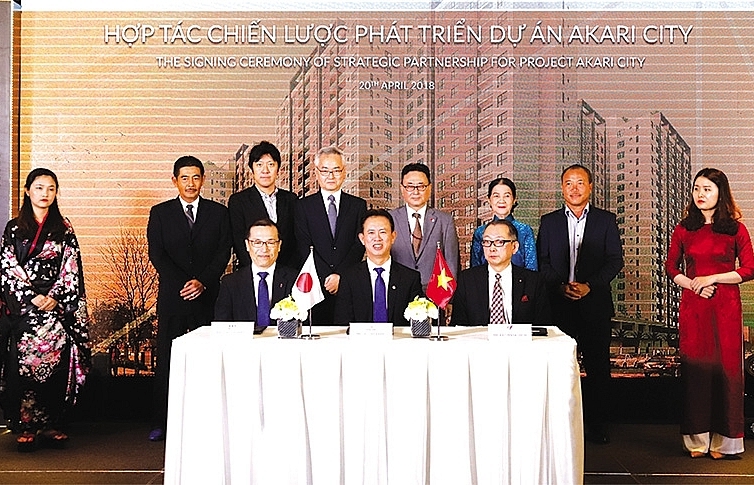 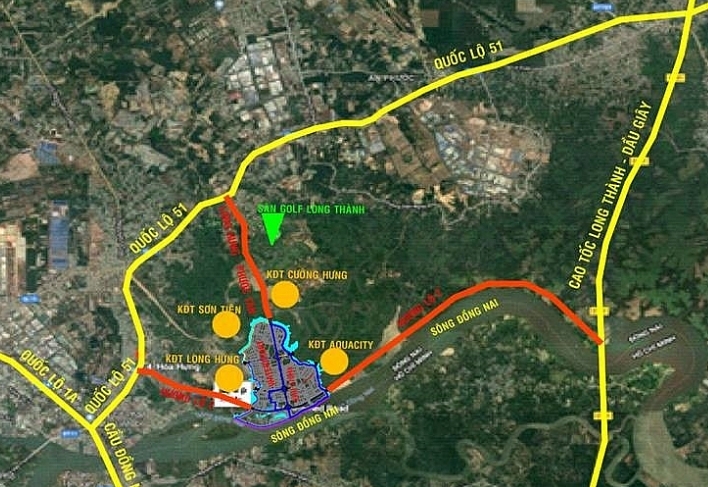