Mai Linh and Vinasun trailing behind Grab and Uber

May 05, 2017 | 18:13
Tweet Email Print
While Vinasun and Mai Linh are scrambling to compete against Grab and Uber, the two modern taxi hailing apps are speeding up with new strategies. 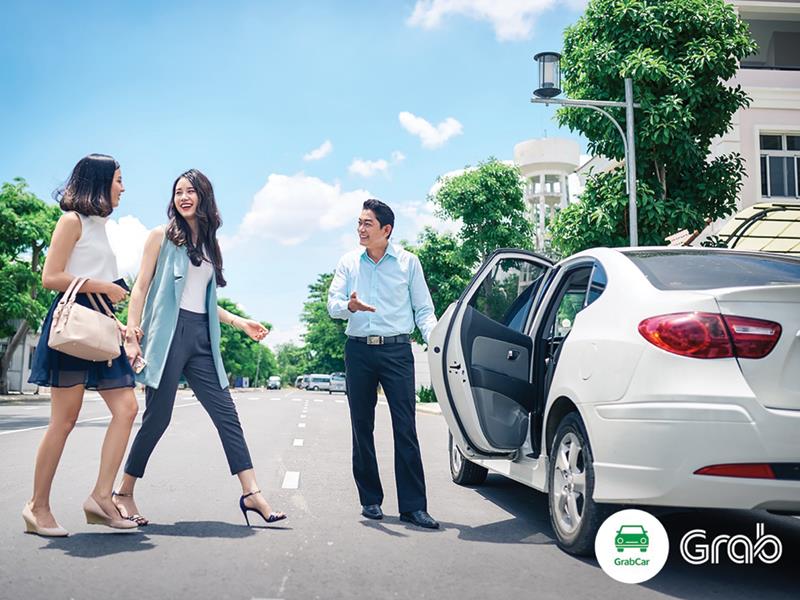 Vinasun and Mai Linh running around in cirlces

Vinasun’s general shareholders’ meeting on April 28 was tense with talks about the company’s lacklustre business results in the face of competition from Grab and Uber.

Smaller shareholders seem to accept the reality of cut-throat competition in the current technological revolution and want Vinasun to change its business strategy. Meanwhile, Dang Phuoc Thanh, chairman of the Vinasun board of directors, made a vehement announcement that the company will take Uber or Grab to court for unfair competition.

In the past several months, Vinasun’s leadership anxiously devised strategies to fight back the advance of Uber and Grab. According to Thanh, the company is moving towards licensing, and doing so slowly but surely in order to get the approval of all employees. All of Vinasun’s activities are changing and need support from shareholders.

“Uber and Grab came out with the software first and are more professional, and might have an advantage in funding and government support but Vinasun can compete in quality,” Thanh said.

This year, Vinasun invested in at least 750 cars and sold 1,050 old vehicles to ensure service quality. Moreover, in June, the company might license 4,000 cars and grow its customer base who pay online by integrating other payment services. However, according to shareholders, changes at Vinasun have been slow. For example, the company’s technology platform has not been brought in sync with the order-by-phone feature of the Vinasun app.

“A brand awareness of 70 per cent and a market share of 45 per cent suggest that Vinasun has high potential to compete. However, in order to compete, the company needs to learn from the other two tech companies ways to maximize profit, because Vinasun does not seem able to compete in price,” a shareholder said.

“We hope that the board of directors will act faster, and that foreign investors will join the company to improve the board’s management abilities. Additionally, customer service from the side of the drivers needs to be improved,” a shareholder recommended.

Vinasun’s counterpart in the north of Vietnam, Mai Linh, has managed to assure shareholders—ahead of its shareholders’ meeting by announcing that the company had become a distributor for a line of electric taxi made by US company DiMora Enterprises, LLC.

DiMora Enterprises, LLC will make several models of 5-to-7-seater electric cars to provide taxi services in Vietnam from 2020. The company will invest $500 million to roll out electric cars in the country and aims to make 5,000-10,000 electric cars each year and may raise capacity to 50,000. It is currently scouting for the best location to build a factory, with construction slated to begin in the third quarter of this year.

Alfred J. DiMora, chairman of DiMora Enterprises, LLC, believes his lines of cars can help Mai Linh compete with ride-hailing apps such as Uber and Grab. In addition, the company is working with the government and relevant agencies to establish policies to support electric cars.

Time will tell whether this new project will be a revival for Mai Linh in the coming years. However, as some can remember, Mai Linh used to be the biggest taxi company in the country before being overtaken by Vinasun due to strategic mistakes, inefficient investments in many non-core businesses, and neglecting the core taxi business, which altogether led to the company’s sluggish results in 2012 and 2013.

At the end of the 2016 fiscal year, Mai Linh’s revenue still grew by 32.3 per cent from 2015, to VND3.73 trillion ($164 million), as it purchased new cars. Revenue from the taxi business makes up 86.22 per cent of the company’s total revenue. Even though revenue soared, administrative cost and interest also rose, so profit before tax in 2016 came in at VND61.12 billion ($2.7 million), a 61 per cent decrease from the previous year.

Recently, Vinasun and Mai Linh’s counter-strategy against Grab and Uber was seen by observers as not well thought-out and indicative of their weaknesses. The two companies proposed transportation departments of Hanoi, Ho Chi Minh City, and the central province of Khanh Hoa put a stop on new Uber and Grab cars, citing traffic jams and unfair competition.

Grab and Uber pulling ahead

While Vinasun and Mai Linh are scrambling to find new directions and blaming Grab and Uber on their falling bottom lines, the two companies are pursuing a new tactic—ride sharing—to make it cheaper for customers and more profitable for drivers.

In May 2017, Grab will offer GrabShare, the first ride sharing service in Vietnam, as a way to help improve traffic. The service is being piloted in Ho Chi Minh City. GrabShare allows drivers to pick up two rides along the same route (each ride can have up to 2 passengers, meaning the car will have four passengers at most). Customers can save up to 30 per cent compared to the regular GrabCar service fee.

GrabShare has been rolled out and quickly gained popularity among customers in Singapore, Malaysia, the Philippines, and Indonesia. Between its launch and December 2016, over 6 million GrabShare rides were provided in these four countries. “During the trial run, GrabShare was well received by our driver partners,” said Nguyen Thu An, communications director at Grab Vietnam.

Grab currently operates in 44 cities in seven countries and has a network of over 780,000 partner drivers. With over 38 million downloads of the app onto smartphones so far, Grab is holding a 95 per cent market share of ride hailing apps and a 70 per cent market share of private cars in the markets it has entered. However, Grab declined to provide details on its Vietnamese performance.

Like Grab, Uber is looking into launching UberPool in Vietnam, a model that has been a worldwide success. In San Francisco, where Uber is offering UberPool, rides are even cheaper than bus fares. The usage rate of a regular taxi is only 15-25 per cent, a private car only 5 per cent, but GrabShare and UberPool could maximize usage to 100 per cent.

“Currently, at many developed countries, ride sharing is becoming more popular and proving increasingly useful. Rolling out GrabShare will be in keeping with this positive trend, which will benefit customers and free up some traffic in Vietnam,” said An.

In a market economy, with a myriad of transport services and companies, customers enjoy having a variety of options. Cheaper fare, convenience, pleasant riding experience, and social acceptance are Grab and Uber’s undeniable leverages. The companies are making the most of their strengths to provide riders more options to get around conveniently, safely, and economically.

This means all companies should renew themselves often to keep up with the market. Traditional taxi companies are heading for further losses if they keep on trailing behind competition, especially as the age of Industry 4.0 is setting in with even more advanced technology applications in every area of life.

By By Phuc Hoa