April 28, 2021 | 17:33 (0) user say
Tweet Email Print
Over recent months, the steel market has retained positive momentum after its recovery in mid-2020, helping many steel producers record a strong performance in the first quarter of 2021.

This success has shown the growth of domestic steel enterprises, breaking the monopoly created in 2018 when Formosa Ha Tinh became the leading crude steel producer with estimated output of over five million tonnes of crude steel, double Hoa Phat’s crude steel production, and reaching 3.44 million tonnes of hot rolled steel. Formosa was the only company in the domestic market that could produce hot rolled coil (HRC) at the time.

Steel businesses in recent years have invested hundreds of millions of US dollars to create high-quality products favoured by major markets around the world, and in 2018 CEO of Hoa Phat, Tran Tuan Duong, vowed that his group would not be inferior to Formosa and would not lose out in the competition.

At the Hoa Phat Dung Quat iron and steel production complex in the central province of Quang Ngai, the group has been pumping capital into installing a state-of-the-art closed blast furnace production line. It is capable of turning out high-quality steel using square billets, as well as hot- and cold-rolled steel, pipes, galvanised steel, and steel wire ropes using flat billets.

Valued at $2.26 billion in total investment value, the complex encompasses a deepwater port system that is accessible by 200,000 dead-weight-tonnage vessels.

Dinh Van Chung, deputy director of the Hoa Phat Dung Quat iron and steel production -complex, said that at present, the group’s hot rolled steel products are out of stock due to supply issues.

Hung Nghiep Formosa Ha Tinh and Hoa Phat are the two largest billet producers in Vietnam today and are also the only two companies in the country supplying HRC steel. In terms of monthly output, Hoa Phat has surpassed Formosa since September 2020 by putting blast furnaces 3 and 4 at its Hoa Phat Dung Quat complex into operation. While Formosa Ha Tinh aims to produce 6.5 million tonnes of steel per year, Hoa Phat is confident to produce eight million tonnes of steel this year.

Meanwhile, in the first quarter of this year, a range of local steelmakers reported outstanding results thanks to a recovery in the global steel demand with eased restrictions that has elevated steel prices.

Hoa Sen said that its consolidated business results for March are estimated at $180 million of net revenue, up nearly 18 per cent on-year, leading to $20 million of profit after tax. It exported high-value batches of galvanised steel sheets during the initial months of the year to the United States, Mexico, Europe, and Southeast Asia with the local group’s export volume exceeding 120,000 tonnes per month.

Similarly, at the end of the first three months of the year, Me Lin Steel JSC recorded an after-tax profit increase of 41 times compared to the first quarter of 2020, reaching $674,000 thanks to high steel prices and reduction in financial expenses and sales.

The most outstanding is Thai Nguyen Iron and Steel JSC (TISCO). The increase in steel price and good consumption helped TISCO’s revenue reach over $120 million, up nearly 40 per cent on-year. After a period of loss, the first quarter of this year recorded a growth of 50 per cent with a gross profit of over $10.2 million.

Also, listed-firm VNSTEEL-Ho Chi Minh City Metal Corporation posted revenues of over $47.8 million, up over 40 per cent over the same period of 2020, while its profit after tax gained over 10 times compared to last year to $2.5 million, marking the highest quarterly profit since it was founded.

Commenting on the development of the domestic steel industry, industry expert Nguyen Van Sua said, “In the past 10 years Vietnam’s steel industry has developed strongly, and by 2020 it ranked 14th in the world, a good step forward on the world steel industry map. In 2020, Vietnam’s crude steel production hit a very high level of 19.5 million tonnes per year.”

Market observers said steel prices have not shown signs of cooling down, with the main reasons being the high demand and decline in production in the likes of China and India. With the pandemic situation in Vietnam continuing to be controlled, the demand for real estate construction remains healthy. 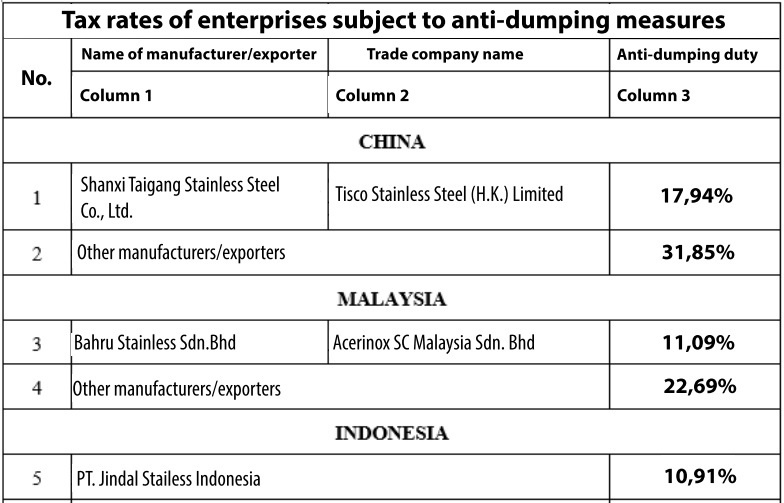