Korean enterprising looking for the shortest way to Vietnam

April 20, 2018 | 00:00
Tweet Email Print
“Vietnam-Korea Economic Forum—Spring 2018” is now underway, lasting from April 19 to 21 with the participant of more than 400 enterprises and local investment promoters.

Held by AJU Economic News, Korea-Vietnam Culture Economic Association (KOVECA), and the Association of High Potential Enterprises of Korea (AHPEK), the forum revolves around the theme “Finding the shortest way to approach the Vietnamese market and moving toward strategic partnership in the coming time.”

Representatives from the two sides’ authorities and enterprises are discussing opportunities for exchange and are analysing effective investment strategies in the Vietnamese market.

“Trading turnover between the two countries was $500 million only when we set up diplomatic relations 25 years ago, but it has reached $63 billion by now. With the strongly increasing growth in recent years, the two sides expect to increase bilateral turnover by $100 by 2020,” Kil said.

At the forum, Le Quang Manh, Deputy Minister of Planning and Investment, said that as the two countries celebrate the 25th year of diplomatic relations, this forum was a fitting platform to review the results of cooperation they have achieved so far.

“This forum is also a great opportunity for the two countries’ enterprises to share their views, trading and investment experiences, and find new opportunities for development cooperation in the coming time, further pushing and strengthening strategic partnership relations between Vietnam and Korea,” Manh said.

According to the statistics of the Foreign Investment Agency under the Ministry of Planning and Investment, at March 20, 2018, Korea was the biggest foreign direct investor in Vietnam with the total investment capital registered at $59 billion.

“I think that the current strong investment flows from Korean enterprises are backed by the active open economic policies of the Vietnamese government, who are working to improve the legal system and the investment environment. All of this has been reducing difficulties for foreign investors. In addition, the policy to equitise State-owned enterprises is also another chance for Korean enterprises to seek for new investment in Vietnam via mergers and acquisitions,” said Ban Won Ik, deputy chairman of AHPEK. 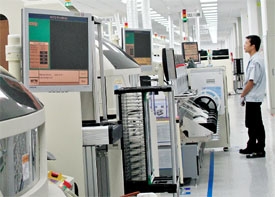 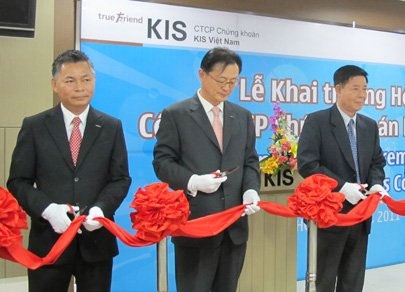