November 21, 2019 | 17:02
Tweet Email Print
Being a large-scale international event, HORASIS 2019 held in Binh Duong province from November 24 to 26 has been receiving a great deal of interest from the business community, domestic and international investors.

Presenters, participants, and investors are highly appreciative of the importance and the efficiency of HORASIS Binh Duong 2019 where many macro-economic issues and point of views will be shared and discussed by more than 700 participants.

All of those issues will cut to the heart of current economic and political issues of the region and the globe.

Chairman of HORASIS, Frank Jürgen Richter, highlighted that Binh Duong is located in a strategic position in Vietnam, very close to Ho Chi Minh City and an ideal destination for FDI attraction. Thus, Binh Duong is an ideal location for HORASIS.

“I met Binh Duong People’s Committee leaders and the chairman of Becamex IDC in 2016 and we have all agreed to push the co-operation between the two sides to a higher level, and HORASIS is one of the achievements we have got so far,” said Richter.

Richter added that the Vietnamese economy will continue to catch up with more developed countries in Asia and other regions. “Participants to HORASIS want to catch Vietnam's rise to a stable and sustainable growth economy,” he added.

The organiser of HORASIS has invited CEOs and investors from Southeast Asia, Japan, Korea, India, and the rest of the world to Binh Duong to research the latest and most innovative projects. Moreover, they are focusing on turning plans into real projects in Vietnam.

“We have arranged roundtable meetings and private meetings between investors and the local authorities of Binh Duong. We hope that there will be many interesting agreements signed at HORASIS Binh Duong 2019,” he added.

Meanwhile, Nguyen Van Hung, chairman of Becamex IDC, said that HORASIS is one of the most important events of Binh Duong and is vital to the plan on turning Binh Duong into a smart city. HORASIS 2018 was also held in Binh Duong a year ago.

HORASIS is a reputable forum in the world, having organised more than 30 forums around the globe since 2005. HORASIS’ organisers have found that Binh Duong has solid foundations and database for economic development and investment attraction, especially in the upcoming times of strong digital economic development.

In terms of programme content, this year's HORASIS will focus on global warming-related issues such as smart city development, digitalisation, AI, sharing economy, and global trade in the new age. It also focuses on the impact of breakthroughs and changes on society and the economy, the operation of businesses and organisations in the world and Asia, including Vietnam and Binh Duong.

Don Lam, CEO of VinaCapital, said that Binh Duong is one of the most dynamic provinces in the Southern Key Economic Region and the entire country of Vietnam.

According to the 2018 Provincial Competitiveness Index by the Vietnam Chamber of Commerce and Industry, Binh Duong has jumped from 14th (in 2017) to 6th nationwide in 2018.

In addition, in the southeast region, Binh Duong has surpassed Ho Chi Minh City and seized the first place, with a very high score of 66.09 points on a scale of 100 in 2018.

“Therefore, the time is ripe for us to talk about Binh Duong's potentials in order to attract investors and investment,” Lam said.

He added that the topics to be discussed at HORASIS are associated with the current global politics, economy, and culture.

“The sharing economy is reshaping global business practices and Asia is at the centre of this transformation. I am impressed and interested in Vietnam's growth story in the whole of Asia,” he added.

Lam also stressed that Vietnam must build s comprehensive, sustainable, and credible digital database for the development of digital technology.

“There is only one way – speeding up investment into the infrastructure system and creating an environment where technology and other sectors close to the Fourth Industrial Revolution can be fully developed,” he added.

“We feel so proud that our shareholder Becamex plays a key role in representing the province and brings up this wonderful platform for mutual understanding and sharing among international and local investors. A lot of effort has been put into gathering hundreds of seasoned CEOs across Asia and Vietnam and we look forward to seeing more Queen Bees and international players investing into Binh Duong at the event,” Tong Chee Kiong, CEO of BW Industrial, told VIR.

Besides good infrastructural development, competitive labour costs, and accomplished training facilities, the province is known for its pro-active and pro-business authorities. Not many other provinces are able to provide a one-stop-shop service for license valuation while showing such clear development orientations towards becoming a modern industrial hub.

Newly-signed FTAs certainly open the doors wider for the Vietnamese manufacturing sector. Take the EU-Vietnam FTA (EVFTA) for example, which is a milestone agreement for the textile and garment industry and the leather and footwear industry. As the country’s leading industrial for-rent developer, BW expects rising demand for ready-built factories that are flexible in size and easy to set up.

Meanwhile, industries such as motorcycles, cars, wine and spirits, pharmaceuticals, and chemicals are expected to pose higher demand for warehousing since investors from the EU have more opportunities to access one of the fastest-growing countries with more than 96 million people.

BW’s vision is to be the No.1 for-rent developer in Vietnam with a long-term goal to capture the upsize growth of manufacturing occurring in the country. Acquiring land in a strategic location is the corporation's main objective and they have acquired 230 hectares of industrial park space in 2018 and is expanding by another 170ha in 2019 to meet the rising call from its customers.

Doan Huu Duc, chairman of Vietnam Consultant Company, said that he paid interest to issues related to the development trends of the region in order to map out an investment strategy and look for investment opportunities for his partners and clients.

HORASIS Binh Duong 2019 brings about dozens of forums on key issues shared by international experts. It will be a golden opportunity for businessmen and open more business opportunities for the business community.

“This is an opportunity for B2B networking for the representatives of leading groups of the world and to seize Vietnam’s potentials and attract more investment from other countries,” Duc said. 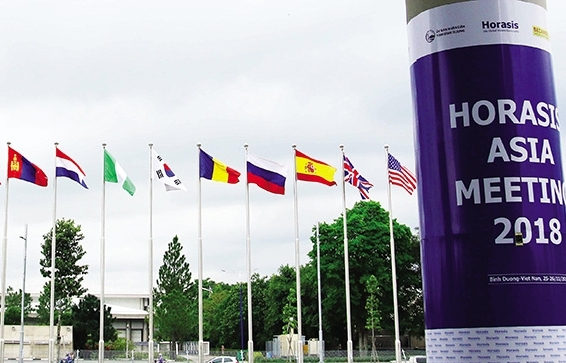 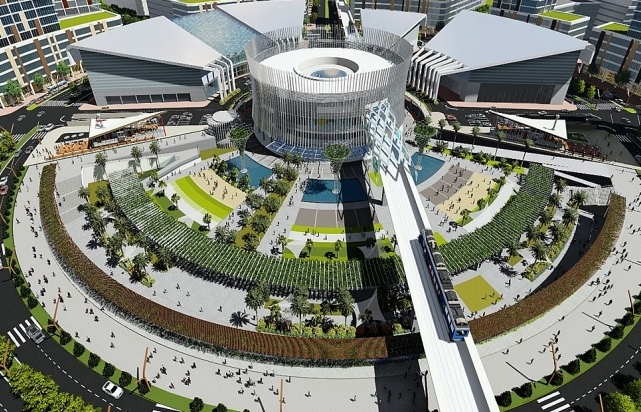 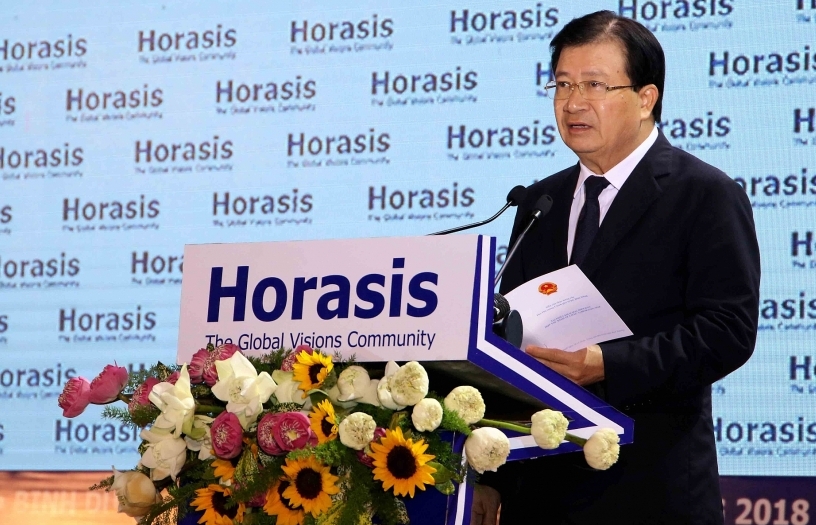 Horasis 2018 opens investment and trade opportunities to all members