May 10, 2017 | 13:56 (0) user say
Tweet Email Print
Dinh La Thang, who was voted out of the Politburo on May 7 due to past mismanagement of state-owned Vietnam National Oil and Gas Group (PetroVietnam), has been appointed as a deputy chairman of the Party Central Committee’s Economic Commission. 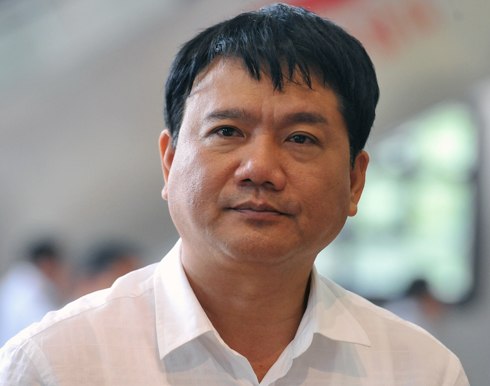 Thang received the decision to be transferred from his current post as the secretary of the Ho Chi Minh City Party Committee on May 10. Thang had been holding this post since February 2016.

Earlier, on May 7, over 90 per cent of the members of the Party Central Committee voted in favour of disciplining Thang by warning and removing him from his position in the Politburo for the 12th Plenum due to his role in approving loss-making projects and a variety of wrongdoings at PetroVietnam.

The Economic Commission advises the Party Central Committee on socioeconomic policies. At the moment, Nguyen Van Binh, a Politburo member, presides as chairman.

Thang is going to be the eighth deputy chairman of the commission. The names and designations of the other seven members are as follows: