Within four days, Pham Thai Binh, general director of Trung An Hi-tech Farming JSC, sent three proposal letters to Prime Minister Nguyen Xuan Phuc about rice exports. In the latest one dated April 16, he asked the PM Phuc to allow 300,000 tonnes of rice congested at ports since March 24 to be exported among the quota for April of 400,000 tonnes.

According to Binh, the lack of transparency in opening customs declarations on April 12 has ensured a huge loss for the domestic rice industry. Many enterprises successfully opened the declaration but have no rice at ports, while there have been 300,000 tonnes of rice congested at such locations since March 24. “If the 300,000 tonnes of rice are kept waiting for export at the ports, Vietnamese rice will continue to lose about VND50 billion ($2.17 million) per day,” he wrote.

In an April 15 report, the Vietnam Food Association (VFA) recommended that the local authorities need to cancel the entire declaration of businesses if detecting a situation of no goods at ports or making a false declaration.

Meanwhile, Nguyen Van Can, general director of the General Department of Vietnam Customs (GDVC), said that it is necessary to consider exporting the available rice at ports that suddenly suffered halts in shipment since March 24 under a government order.

According to Can, it is also necessary to study the allocation of rice export quotas on the basis of balancing food security in accordance with the direction of the government.

Vu Tien Loc, chairman of the Vietnam Chamber of Commerce and Industry, suggested the government should advance the rice quota for May to facilitate enterprises with goods at ports to export.Mentioning a document that the Ministry of Finance (MoF) sent to the Ministry of Industry and Trade on April 10, which showed that many firms winning the bid have sent refusal letters or not signed contracts for 160,300 out of 178,000 tonnes of rice serving for reservation, Loc said, “In the long term, it is necessary to take into account the allocation of reasonable quotas, especially the method of auctioning for rice export quotas.”

Au Anh Tuan, director of the GDVC’s Department of Customs Management Supervision said that among the businesses successfully opening the custom declaration for rice exporting on April 12, there are many winning the bid but not carrying out their commitments. “However, there is no regulation that the winning bidders must sign the contract before exporting,” he said.

Binh from Trung An also suggested that the MoF should buy rice for national reserve at a price of VND10,000 (43 US cents) per kg instead of the current VND9,200 (40 US cents). “This is still lower than the lowest price that consumers have paid over the years,” he added. “Stopping export of rice to reduce price and buying 190,000 tonnes for reservation at the price of 40 US cents per kg with the aim of benefiting the state budget is a method that makes the country poor, because we have exchanged millions of US dollars for farmers and businesses that win the bid but refuse to supply rice.” 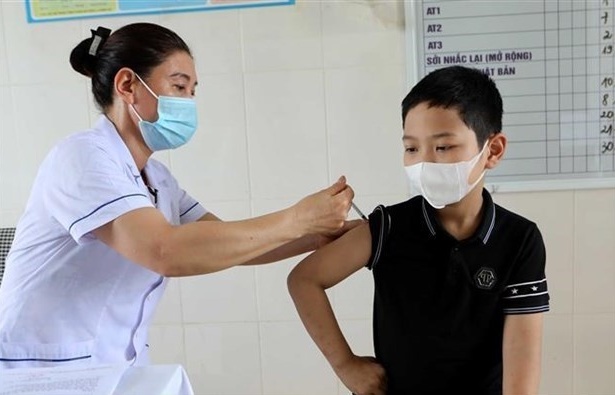