Vietnam’s economy is expected to maintain good growth in 2020

January 17, 2020 | 16:07
Tweet Email Print
Vietnam is advancing into 2020 following good results in 2019. Experts and companies tell Vietnam News about their forecasts of the country's economic prospects this year as well as opportunities and challenges facing the country.

With positive results in 2019, Vietnam’s economy is expected to maintain good growth in 2020.

After a long period of seeing expansion below 7 per cent, Vietnam’s GDP grew 7.02 per cent in 2019, higher than the target set by the National Assembly and the second year economic growth has surpassed 7 per cent. Other indicators were also impressive including inflation of just 2.76 per cent, a trade surplus exceeding US$9 billion and remittances of about $17 billion.

In 2020, the domestic economy will continue to develop. GDP growth could be lower than 2019 due to global volatility, but would likely reach a minimum of 6.8 per cent.

However, as Vietnam opens its economy, the vulnerability of the economy to global fluctuations increases. US-China trade tensions are expected to cool in 2020 but nobody can predict the end result. Both sides have agreed to sign the first phase deal but China does not want to make many concessions, while the US presidential election beginning this year could make things more unpredictable.

In addition, Vietnam’s economic resilience is still weak as the country has integrated deeply in the world economy.

In 2019, Moody’s lowered Vietnam's outlook to negative due to concerns about sovereign debt payments. If the Vietnamese Government continues to take out foreign loans, it could affect the country's prospects in 2020.

Some problems have emerged in 2019 and will continue this year, such as the boom of corporate bond issuance. It is good that companies have reduced their reliance on bank loans by seeking alternative capital, but many companies, especially property developers, luring investors with high interest rates could be a risk to Vietnam’s financial system.

The Vietnamese economy’s growth rate is expected to be 6.8 per cent per year. We expect that it will slow somewhat compared to last year, but still continue its strong growth trend.

2020 is an important year in two ways: Vietnam will chair the ASEAN summit. We hope that this will raise Vietnam status in terms of international awareness and reputation.

Also, the Vietnamese Government will publish a new economic development strategy for 2021-30. Vietnam will grow strongly not only as an economy, but also as a society.

I’m sure that the number of Japanese companies coming to Vietnam will increase, especially across sectors such as consulting, IT, retail and distribution.

I don’t expect any rapid or big changes from 2018 to 2020. But I think the manufacturing sector is strong, with relatively high levels of investment.

For example, Sharp is planning to construct a factory in Binh Phuoc Province; Nipro in Sai Gon Hi-tech Park; the company produces medical appliances. These products are very difficult to produce, as they need to be hygienic. As they adapt to making products like these, Vietnamese production technologies will change from low added value to high added value.

More small and medium-sized companies will come to Vietnam and start on a very small scale, such as setting up a representative office, and step by step I think they will scale up their activities.

Powered by high mobile connectivity and growing purchasing power, e-commerce in Vietnam is taking off quickly and is poised to be the second largest e-commerce market in the region by 2025. In line with this positive trend, Vietnamese e-commerce platforms have also rapidly grown in terms of variety of products and services offered.

As one of the fastest-growing internet economies in Southeast Asia, Vietnam’s e-commerce market has grown at an unprecedented pace and will continue to grow rapidly in the near future.

The market saw a sharp increase in gross merchandise value (GMV) with 81 per cent from 2015 to 2019; GMV is expected to hit $23 billion by 2025. A young population, high internet and smartphone penetration rates have largely contributed to an ideal breeding ground for e-commerce activities to thrive. As such, investor confidence is on the rise as Vietnam’s e-commerce market continues to flourish.

Shopee is fast becoming the go-to-online shopping platform for shoppers in Vietnam. Shoppers are increasingly relying on Shopee to purchase their everyday products. Daily essentials such as makeup remover, liquid detergent and power banks emerged as some of the top-selling products in Vietnam during the recent Shopee 12.12 Birthday Sale. Additionally, we have more shoppers outside capital cities who are going online to sell or buy products that they previously never had access to. In Vietnam, cities such as Da Nang and Hai Phong, and Dong Nai Province experienced the highest shopping activity.

Vietnam’s economy in 2020 is forecast to face more challenges in GDP growth and inflation control but it is likely that the overall macro-economic picture will not witness significant disturbances.

GDP growth in 2020 may be recorded at about 6.8 per cent, not much lower than the rate in 2019. In my opinion, this is still a relatively positive level compared to other countries in the region. However, it is worth noting that the growth of the foreign direct investment (FDI) sector, which has been the driving force of Vietnam’s overall GDP growth in recent years, may slow in 2020 due to the decrease in registered FDI capital in the last two years.

Currently, FDI contributes about 20 per cent to the total scale of Vietnam’s GDP, thus it will partly affect the growth of the country’s GDP in 2020. The ratification of the EVFTA agreement in 2020 is expected to boost import-export activities in some industries such as footwear and fruit production.

In 2020, inflation is expected to be kept under control. The risk of increasing inflation may come from rising pork prices due to African swine fever. However, credit growth is expected to stablise at about 15-20 per cent and the minimum wage is forecast to increase slightly by 7.3 per cent. Thus, there will be less risk of inflation.

In 2020, the manufacturing and processing industry may benefit from low investment costs. Specifically, the oil and steel industries are likely to witness improvement in their business results.

As for the realty and banking industries, growth will slow down compared to 2019. The growth of the banking sector may lessen when the real estate market shows signs of slowing down. Lending activities also have to compete more with the corporate bond channel.

Vietnam's economic prospects in 2020 are very promising with stable policies and macro environment. The country is aiming for about 7 per cent GDP growth in 2020, with controlled inflation, rising exports and social development investments accounting for a third of gross domestic product.

Per a recent report from Japanese consultants Corporate Directions (CDI),Vietnam has been among the most-developed snack markets in ASEAN along with Thailand, Indonesia and Malaysia, making it a market worth $3.5 billion.

The snacks market in Vietnam has great potential. For Vietnamese consumers, affluence and income levels are rising while basic needs are being taken care of. Therefore, consumers are inclined to experiment and try out new tastes.

An increasing number of consumers in Vietnam, especially young people, are looking for high-quality and more convenient products. They are also willing to spend more on high-value foods. The rising number of women in the workforce leads to increased snacking and working mothers need products and brands they can trust to serve to their children and family.

The competitive intensity of both local and foreign players in the snacks market is increasing, and in the long run it will benefit the consumer. The challenge for everyone is how to build a business that can grow consistently in a sustainable manner which includes care of environment, consumers and brands.

And I think the year 2020 will be an amazing year for us! 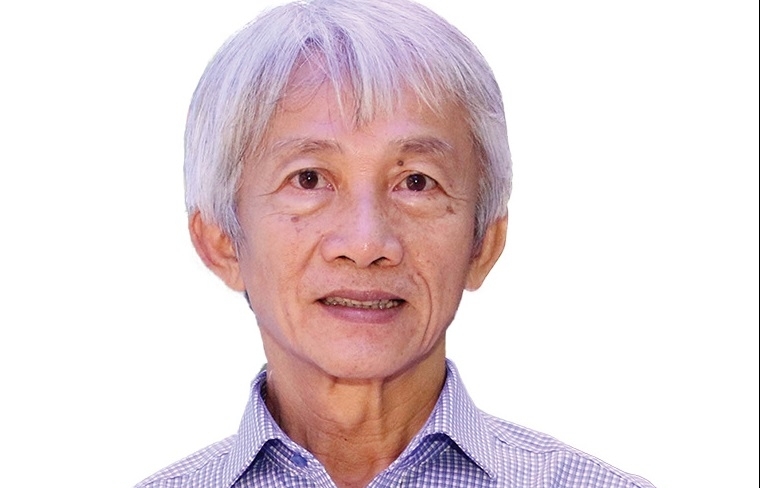 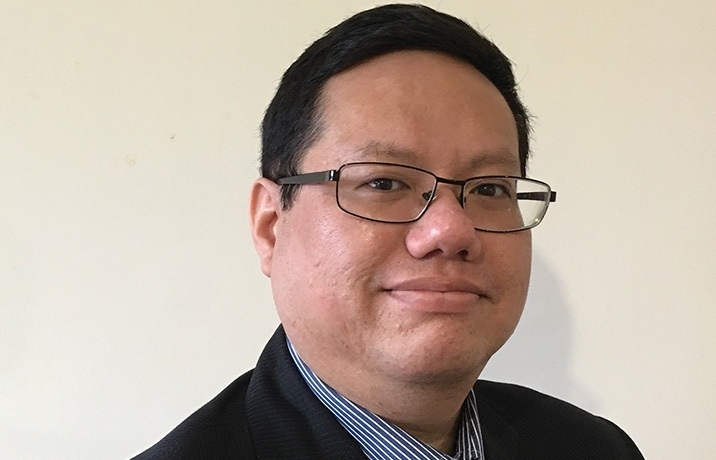 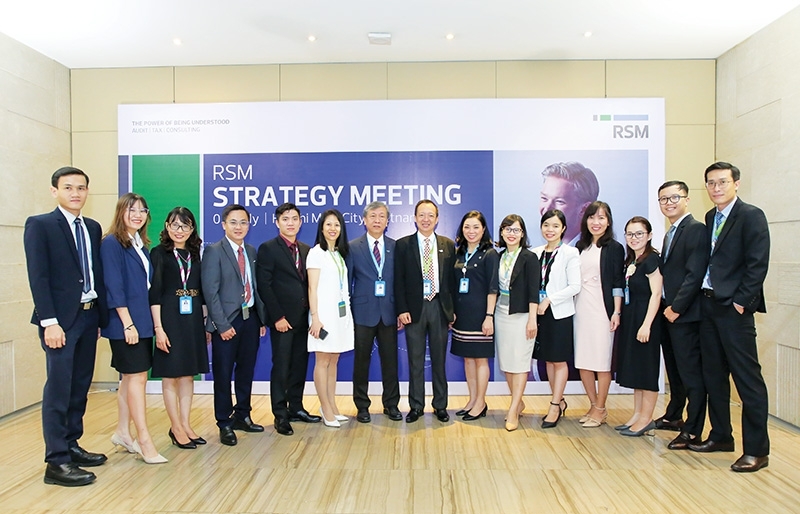