Toyota quickly drives ahead of the pack 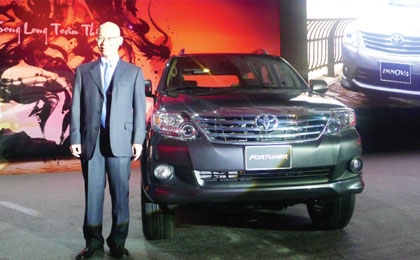 Innova and Fortuner are two of five International Multi-purpose Vehicles (IMV) models developed by Toyota. They are under the IMV Project that started in 2002 and first production in 2004, aims to produce new pick-up trucks and multipurpose vehicles with global quality for introduction in more than 140 countries worldwide. Accordingly, unlike other vehicle production, the IMV products have been introduced based on global network, development, production and parts sourcing.

Playing a role in the IMV Project, since July 2004, the firm has become one of supply or parts production base for IMV project and exported Innova’s parts like antenna, accelerator pedal and ERG valve to 13 areas of 10 countries in over the world including Thailand, Philippines, Malaysia, Indonesia and India.

In 2011, the firm’s auto-parts export turnover reaches nearly $30 million, totalling a turnover of $170 million from the start-up.

The first product of IMV Project introduced in Vietnam was Innova in January 2006 and the model has quickly kept the bestselling car position in Vietnam market with the accumulated record of sales of nearly 60,000 units, accounting for the average market share of 64 per cent in multi-purpose vehicle segment as of February 2012.

In February 2009, the firm started to produce Fortuner and the Fortuner has soon occupied the first position in medium high SUV segment in Vietnam with the accumulated sales of nearly 20,000 units with a steady market share at 47 per cent.

“During my three years’ experience in Vietnam, I have been seeing the customer needs have been changing month-by-month, week-by-week, and day-by-day. The reasonable price car segment is expanding and expectations of customers for the Innova and Fortuner are also changing. I do believe that new Innova and Fortuner led by newly introduced Affordable Automatic Transmission grades, should fit our customer, market and society needs,” Akito Tachibana, Toyota Motor Vietnam president, said. 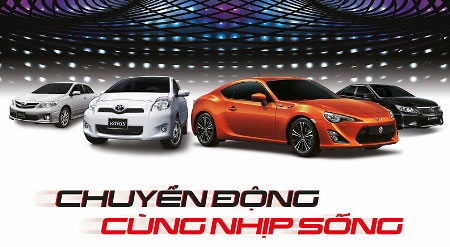 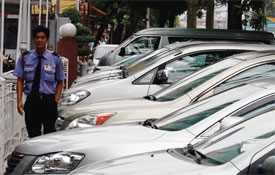