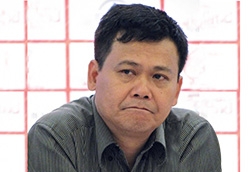 We confirm that the GDP growth 4.89 per cent in the first quarter is acceptable in current context of economic hardships, albeit it was lower than those in 2011 and 2010 first quarter (growing 5.53 and 5.84 per cent, respectively). But, it was higher than in the same period last year (4.64 per cent).

This growth is significant given the government’s strong commitment in pursuing the targets prioritising macroeconomic stability, reining in inflation, retaining stable exchange rate and boosting exports.

However, one should note that 2012’s first quarter featured state tightening policies whereas in this first quarter the policy focus was to support the business community. Hence, to ensure higher GDP growth, while still attaining macroeconomic stability target scaling-up capital disbursement pace and bettering investment capital usage efficiency should be held at paramount importance.

To avert poor first quarter GDP growth should investment pace be stepped up right from the start of each year?

General Statistics Office figures show that total investment capital in society came to an estimated VND202 trillion ($9.6 billion) in the first quarter this year, surging 5.5 per cent on-year and tantamount to 29.6 per cent of the GDP.

To achieve 5.5 per cent GDP growth this year, the National Assembly agreed to hike government bond capital from VND45 trillion ($2.1 billion) to VND60 trillion ($2.8 billion), but only VND12.8 trillion ($610 million) was disbursed in the first three months, tantamount to 21 per cent of the projection. Low investment from the state sector failed to spur investment from other sectors of the economy.

Higher GDP growth from quarter to quarter reflects the correctness of government management policies which should be maintained. Thereby, from the first months we need to boost disbursement pace in parallel to bettering quality and efficiency of state investment.

What does the future hold?

Besides, within the next five years, it is crucial to handle a suit of radical solutions, like changing public investment institutions to ensure uniformity with national development strategy; investment decisions should factor on capital sources, introducing sanction measures, requiring investment bodies to be more cautious when issuing investment decisions or investment centered some key projects with spill-over effects to other sectors of the economy.

Besides, the Law on Public Investment and the Decree on Medium-term Investment Plan should be soon enacted. In the near term, it is important to accelerate disbursement of diverse capital sources and ensure strong enforcement of Resolution 02/NQ-CP presenting measures to tackle hardships in production, business, support market and clear bad debts, of Instruction 1792/CT-TTg fostering management of state budget and government bond investment and of Instruction 32/CT-TTg on removing hurdles and perfecting policies and mechanism to improve investment efficiency.