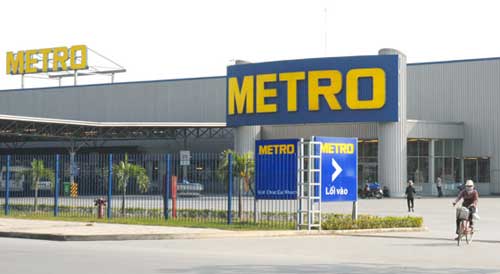 Aswin Techajareonvikul, chief executive officer of Berli Jucker Plc (BJC) paid a visit to Ho Chi Minh City early last week to attend town hall meetings with Metro management and staff. He said that he was keen to meet BJC’s 4,000 employees, wholesale suppliers and partners in order to reassure people that no major changes would occur following the hand-over from the previous German owners.

“The quality of goods from Vietnam and Vietnamese consumer demand will decide which wholesalers BJC uses in the future,” added Techajareonvikul.

He added that the transaction between BJC and Metro AG would be confirmed with the local authorities next month and be concluded by the end of this year.

However, BJC remained vague about expansion plans, business predictions or a potential name change which Techajareonvikul said were all under discussion. He also said that Metro Cash & Carry Vietnam employed 4,000 people and currently boasted 19 cash-and-carry outlets in 14 major cities across Vietnam. Metro had been a key purchase for the Thais due to the extensive existing chain.

“$879 million is a suitable price for the Metro chain here,” underlined Techajareonvikul.

Last month, the eurozone’s second-largest retailer signed an agreement with BJC to sell its Vietnam business, including 19 wholesale stores and its associated real estate portfolio. Metro Vietnam has a 22 per cent share of the country’s modern grocery market and a total net sales area of almost 110,000 square metres.

Techajareonvikul revealed that after merger, BJC would employ 14,000 people including 7,000 Vietnamese. BJC will select quality goods from Vietnam and Thailand.

Actually, the very first step that BJC took in the distribution adn retail business in Vietnam was when it acquired a 75 per cent share of Thai Corp, one of the domestic leading distribution companies with the network coverage of 314 sub-distributors, 1,800 wholesalers, 220 supermarkets and minimarts and 50,000 retailers.

Forgotten rights in use of sci-tech development fund