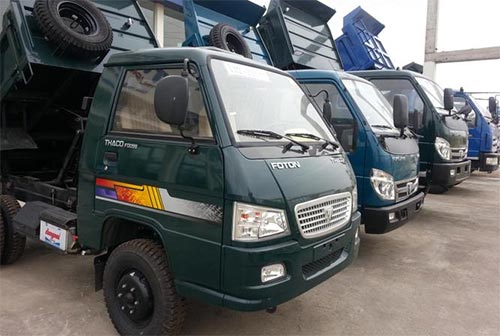 According to the Chu Lai Economic Zone Management Authority in Quang Nam province, the investment certificate for this project was revoked late last month, despite the fact that the government has recognised this as a key national engineering project.

When contacted by VIR last week, Nguyen Mot, communication manager with Truong Hai Auto Corporation (Thaco Group), confirmed that the investment certificate had indeed been revoked. He said this had come about because Hyundai had decided to end their technology transfer contract with Thaco.

With no investment certificate to move forward with, the group has had to postpone their ambitious plans even though they are keen to increase the localisation rate for Vietnam-made cars.

Currently, the group is co-operating with foreign car-makers to assemble Kia, Mazda, and Peugeot cars at a low rate of localisation. In other words, the group has not yet gained the advanced technology to produce the most important part of a car – the engine.

Back in 2011, Thaco signed a technology transfer contract with Hyundai Motors to manufacture 20,000 engines a year at Euro 2 and Euro 3 emission standards. However, the investment was delayed while the local car-maker awaited the government’s permission to extend the timeframe for selling Euro 2 and Euro 3 engines. According to government regulations, all new car engines in Vietnam must meet the Euro 4 standard from 2017.

Late in 2012, the government agreed in-principle to allow the Chu Lai-Truong Hai engine manufacturing plant to build and sell 100,000 diesel engines at the lower-standard of Euro 2 and Euro 3 until the end of 2018. However, the delay in construction had given Hyundai Motors cold feet, and the South Korean firm announced that it was ending its contract with Thaco.

“In 2016, we will resume negotiations with Hyundai Motors for a new contract for Euro 4 technology transfer,” said Mot, implying that Thaco Group still expects to receive the know-how and technology from the Korean car-maker.

However, Mot also admitted that he was not sure if Hyundai Motors still wanted to co-operate with Thaco in terms of engine production in Vietnam.

“I don’t know when this investment can be resumed,” said Mot.