December 07, 2018 | 14:29
Tweet Email Print
The economy’s 11-month ­manufacturing and processing figures increased to the highest level over the past eight years, bolstering the country’s ­industrial production since early 2018.

The General Statistics Office (GSO) last week reported that in the first 11 months of the year, the ­manufacturing and processing sector rose by 12.2 per cent on-year, the highest 11-month level since 2011. This sector creates 80 per cent of Vietnam’s industrial growth.

“The manufacturing and processing sector has made a spectacular breakthrough to continue to become a key driver of the economy’s industrial production,” said a report on Vietnam’s 11-month economic situation by the National Centre for Socioeconomic Information and Forecast.

Samsung’s contributions have also helped to drive the 11-month industrial production growth of several provinces, such as Bac Ninh (8.4 per cent) where the company’s projects are worth over $9 billion, and Thai Nguyen (12.3 per cent), which is home to $5 billion in Samsung investment. It is expected that Samsung Electronics Vietnam Thai Nguyen, currently employing 70,000 people, will earn $22 billion in export turnover this year.

Do Duc Anh, sales manager of Cong Anh Garments JSC in the northern province of Hai Duong, told VIR that in the first 11 months of 2018 the company’s total production value climbed by about 19 per cent on-year to about $18 million, with an export turnover expanding 21 per cent on-year.

“We feel optimistic about our performance because we have landed some big contracts for the first half of next year,” Anh said. “We are also recruiting more workers to meet production demand.”

Other industrial sectors joined electronics and garments in ascending strongly in the same period, such as metal (23.7 per cent), medicines (22.3 per cent), steel (40.9 per cent), and animal feed (17.5 per cent).

It has been suggested that if oil and gas production pulls out of its steady decline, the economy’s production would increase at an even greater rate.

In the first 11 months of 2018, the exploitation of crude oil and natural gas reduced by 5.5 per cent, in which crude oil declined 11.9 per cent.

State-run PetroVietnam reported that, for this year, its revenue will be about VND589.3 trillion ($25.62 billion). The group will exploit 13.2 million tonnes of crude oil and 9.6 billion cubic metres of gas, while producing 21.6 billion kilowatt-hours of electricity, 1.54 million tonnes of nitrate, and 11.77 tonnes of petrol.

According to the government, the economy will grow at least 6.7 per cent this year, thanks to strong performance in key sectors such as agro-forestry-fishery up 3.3 per cent, and industry and construction up 7.59 per cent. Services are also up 7.35 per cent, the highest rise since 2008. Total revenue of retail and service consumption is set to climb 10.5-10.8 per cent for 2018. 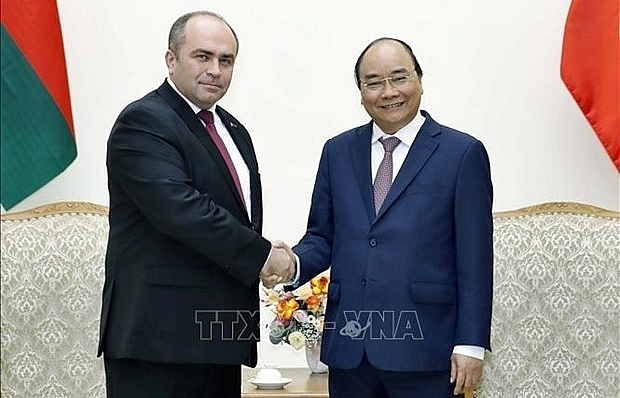