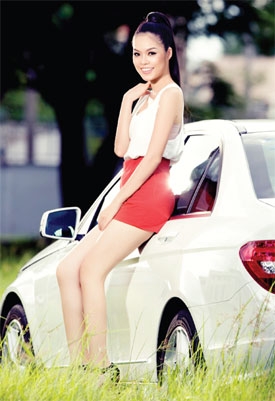 Banks are embracing personal consumption loans, with a focus on housing, as a safe haven to raise credit growth.

HSBC last week offered a home loan interest of 10.99 per cent per annum for the first three months, while state-owned commercial banks BIDV, Vietcombank and Vietinbank are lending  customers to buy houses at projects those banks financed.

Some banks are applying stable rates of 10-12 per cent in the first six-12 months and promised to reduce lending rates by 3-5 per cent for customers in the next six-12 months.

Banks are also offering supportive rates for other kinds of consumption loans.  Sacombank last week offered preferential interest rate of 14 per cent per year with a maximum loan period of five years for customers who need to pay abroad tuition fees.

Notably, HSBC is offering the rate of zero per cent for customers using HSBC Credit Card Installment Plan, meanwhile Maritime Bank has a rate of 0.68 per cent for real estate asset-backed consumption loans.

“This means that the market demand for accommodation is still good. Especially with house prices going down and lending rates also reducing, this demand will flare up,” said Hung.

Personal consumption loans only make up a small part in banks’ credit structure. Moreover, the lending rate is still a barrier for customers. Although banks are offering lower rates, the rates are only short term and after the support period, the lending rate will be based on market rates.

For example, after three months borrowing from Maritime Bank at the rate of 0.68 per cent, customers must pay a basic rate of 15 per cent plus a margin of 4.5-5 per cent. The basic rate will be adjusted based on market conditions.

But, Kiem said with such current monetary policies, people expected inflation to calm down by the year’s end and continue to be well controlled in the following year, thus interest rates will drop, reassuring customers about the lower future lending rate levels.