The large-cap tracker VN30-Index edged down 0.12 percent compared to the previous month to close at 1,535.71 points; however, the figure was 43.42 percent higher than that recorded at the beginning of last year.

Industrial stocks posted the highest growth with VNIND Index gaining 9.79 percent year-on-year. It was followed by shares of the utilities sector (VNUTI Index), up 6.31 percent; and those of the consumer staples sector (UNCONS) rising 3.93 percent.

The stock market liquidity last month set a record high in the December 23 session, with more than 1.32 billion shares traded for over 45.37 trillion VND in total.

As of the end of last year, 533 securities codes had been listed on HOSE, including 404 stocks, three close-end fund certificates, eight exchange-traded funds (ETF), 113 covered warrants (CW), and five bonds. The number of shares listed on the bourse exceeded 120.5 billion.

As many as 46 HOSE-listed companies had market capitalisation reaching over 1 billion USD and three hitting over 10 billion USD, namely VinGroup (VIC), Vietcombank (VCB) and Vinhomes (VHM). 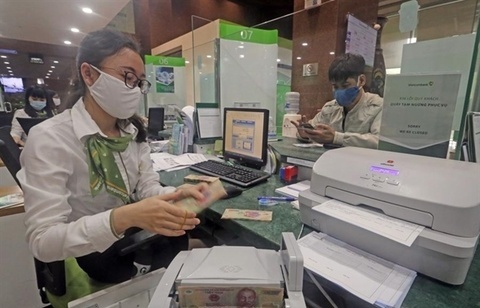