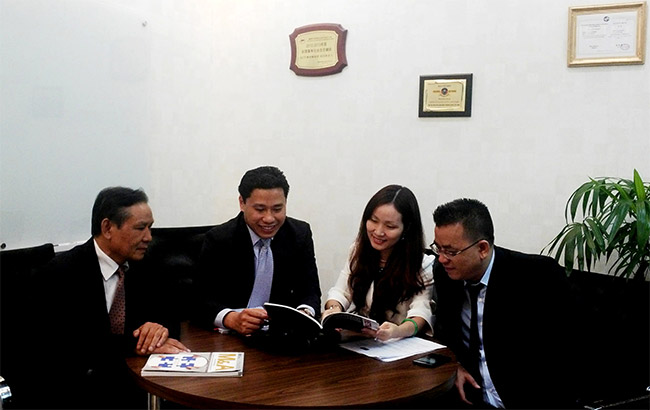 The tie-up will bring together LCT Lawyers and R&T’s Vietnam practice and the new firm will be named Rajah & Tann LCT Lawyers.

With offices in the three biggest cities in Vietnam (Ho Chi Minh City, Hanoi and Danang), LCT Lawyers had consecutively been ranked as one of the top tier law firms by reputable ranking publications, including Chambers & Partners.

Chau Huy Quang, who will be the managing partner of the new firm Rajah & Tann LCT Lawyers, said: “Vietnam is an exciting place to be, and as one of the fastest growing emerging markets, the country continues to garner a lot of interest from the international business community. Being part of Rajah & Tann in Asia will give us the brand recognition as one of the biggest Asian law firms with a complete range of service capabilities. We can now also look forward to serving our clients’ needs outside Vietnam.”

“Foreign investments into Vietnam have been consistent at around $10-11 billion per year over the last five years and across a wide range of industry sectors. In view of Vietnam’s recent transition into a market-based economy and notably, its memberships to the Trans-Pacific Partnership and the World Trade Organisation, our merger is not only timely, but necessary to meet the growing demands of our clients,” he added.

“LCT Lawyers is one of the best regarded law firms in Vietnam. We are delighted that they are now part of our network. This tie-up will help Rajah & Tann keep pace with our clients’ regional ambitions,” Rajah & Tann’s managing partner Lee Eng Beng, SC, said. “We want them to know that wherever they go in the region, we are in a good position to guide them through the legal challenges posed by cross border transactions and operations.”

The dispute settlement group will continue to be headed by Chau Huy Quang, who is a reputable arbitrator at the Vietnam International Arbitration Centre. He also retains a high profile in construction-infrastructure, commerce, foreign investment, intellectual property and shipping industries.

The firm’s corporate, regulatory and M&A practices will be led by Vu Thi Que, a chairwoman of LCT Lawyers.  Que is conversant in Mandarin and Japanese in addition to Vietnamese and English, and she has been described by a leading ranking publication as a lawyer with “fast response, good business acumen and industry knowledge”.

The firm’s practice is further complemented by a banking finance, projects and infrastructure practice led by partner Nguyen Dinh Nha who has experience as the head of the Ho Chi Minh City Branch of a renowned international law firm in Vietnam.

The team also has access to the expertise of Pham Manh Dzung for foreign investment and international trade work. Dzung was formerly the head of the department of legal affairs of the Ministry of Planning and Investment.  Moreover, the team has recently added a new senior counsel, Assoc. Professor, Dr. Bui Xuan Hai, a vice director of the Ho Chi Minh City University of  Law, who is well-versed in investment and corporate governing matters as well as arbitration and dispute settlement.

Rajah & Tann LCT lawyers will now be part of a network of offices situated in eight out of the ten ASEAN countries, namely Singapore, China, Malaysia, Thailand, Cambodia, Indonesia and Myanmar, in addition to its current locations in three major cities in Vietnam.