October 04, 2018 | 14:00 (0) user say
Tweet Email Print
Vietnam is expected to become a haven for investors from Hong Kong once the ASEAN-Hong Kong Free Trade Agreement comes into force next year.

Paul Chan, financial secretary of the government of the Hong Kong Special Administrative Region (HKSAR), said, “Hong Kong and the 10 member states of the ASEAN – including Vietnam – signed a free trade agreement (AHKFTA) and a related investment agreement last November. The agreements, taking effect in January, will undoubtedly boost trade and investment ties between Hong Kong, Vietnam, and the other nations of the region.”

According to the Hong Kong Trade Development Council (HKTDC), the AHKFTA will bring about legal certainty and better market access for trade in goods and services for both parties. The agreement will improve mutual investment protection between Hong Kong and ASEAN member states. It will not only enhance trade and investment flows between Hong Kong and the ASEAN, but also facilitate business opportunities for service providers.

Concerning trade in goods, ASEAN member states have agreed to reduce the customs duties for goods originating from Hong Kong. Different economies may have different commitments, though. Vietnam, for example, will reduce its tariffs by 75 per cent over the next 10 years and another 10 per cent over the subsequent 14 years.

Except for a few types of goods, such as tobacco, petroleum, and certain food items (including dairy products, agricultural products, and fishery and aquaculture products), imports of Hong Kong-made products to Vietnam will be tariff-free upon full implementation of the agreement.

From January 2019, Hong Kong-produced merchandise is expected to have better access to ASEAN markets, including trade in goods and services. Hong Kong and ASEAN economies will be able to eradicate the barriers for service providers who enter the market, as well as encourage more trade exchange.

Speaking at the In Style Hong Kong Symposium organised two weeks ago in Ho Chi Minh City, Jonathan Choi, chairman of Sunwah Group, said that more investors from Hong Kong are exploring the possibility of coming to the ASEAN. Vietnam is emerging as a good place for investors from Hong Kong, as the country stands to gain from a wide range of FTAs, including the Comprehensive and Progressive Agreement for Trans-Pacific Partnership and the AHKFTA.

More importantly, Vietnam is one of the more politically stable countries in the region. The country has a large population, most of which is young and well educated. It has a large consumption market with a rising middle class and growing consumerism.

Choi stressed that there is a good chance for Hong Kong’s companies to invest in Vietnam and tap into the domestic market. Hong Kong-based GR International, for example, used the Circle K brand to join the local market.

According to Wallace Lam, managing director and co-head of global banking at HSBC Hong Kong, Hong Kong is consistently listed as one of the markets and territories with the highest foreign direct investment in Vietnam. In 2017, investors from Hong Kong invested nearly $18 billion across 1,000 projects in Vietnam, and there will be more room for growth following the implementation of the AHKFTA.

Lam further noted that a number of entrepreneurs from Hong Kong with factories in China seem very alert to developments in the trade tensions between the US and China. They think of moving some of their manufacturing capability from China to other countries in the Southeast Asian region, including Vietnam, Malaysia, and Thailand.

Hong Kong textile manufacturer Esquel Group came to Vietnam in 2001. John Cheh, vice chairman and CEO of Esquel Group, said that this timing was opportune for the group to profit from the meteoric rise of the Vietnamese textile and apparel industry. In 2005, Vietnamese-made products accounted for a mere 4 per cent of the US textile and apparel market. Currently, Vietnam is the second-largest supplier of textiles and apparel to the US market, trailing only China.

To stay ahead of the development curve, Esquel Group has developed four factories in Vietnam. It is also mulling over opening its own apparel stores in Vietnam to target the country’s growing purchasing power.

The wave of foreign capital inflows from Hong Kong is expected to increase in other fields as well, including professional services, fintech, urban infrastructure, and creative industries.

On September 20-21, over 130 companies from Hong Kong gathered at the In Style Hong Kong Expo trade event held by the HKTDC in Ho Chi Minh City. The expo showcased Hong Kong’s leading branded and designer lifestyle products with a view to connecting with importers, distributors, retailers, department stores, and specialised shops in Vietnam and neighbouring ASEAN economies. 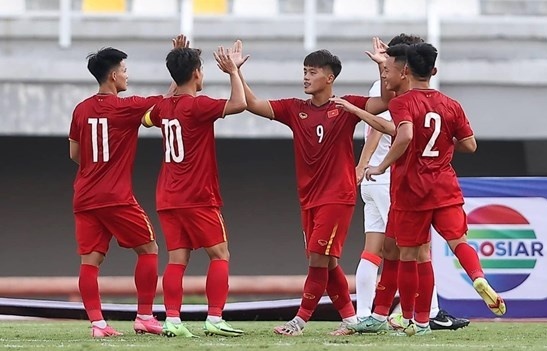