October 08, 2018 | 12:37 (0) user say
Tweet Email Print
Ho Chi Minh City stays in the lead in foreign direct investment (FDI) attraction into real estate with the total of $5.7 billion in the first nine months of the year for newly registered and expanded projects, an increase of 50 per cent compared to the same period last year.

According to a report delivered at a meeting on the city’s socioeconomic performance held on October 1, the wholesale and retail sector received the most FDI in the city, comprising of 27.7 per cent of the total registered capital. The manufacturing and processing sector came second with 22.8 per cent, followed by real estate (20.2 per cent) and science and technology (13.4 per cent).

Su Ngoc Anh, director of the Ho Chi Minh City Planning and Investment Department, said that there were 2,200 cases of capital contribution under mergers and acquisitions (M&A) with a total combined investment capital of $4.28 billion, which is more than double than in the same period last year.

Hongkong Land, another developer from Hong Kong, has been implementing its third project in Ho Chi Minh City named Thu Thiem River Park that has a total investment capital of $400 million. Meanwhile, two long-time developers from Singapore Keppel Land and CapitaLand have also been expanding their portfolios in Ho Chi Minh City.

According to the Ho Chi Minh City Real Estate Association (HoREA), most of the FDI capital came from Japan, South Korea, Singapore, Hong Kong (China), Taiwan (China), and the US. HoREA chairman Le Hoang Chau said FDI inflows will remain an important source of investment in the property market in the time to come. It will supplement domestic capital, which is being tightened by banks. 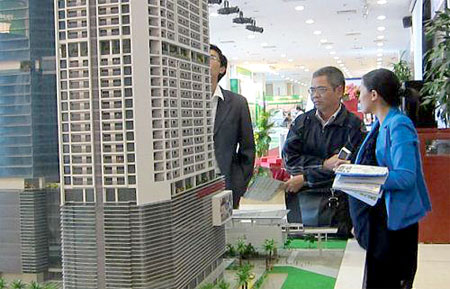 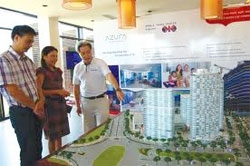