These projects are located in Saigon Hi-tech Park (SHTP) – the heart of high technology investment in Ho Chi Minh City and the whole southern area.

Outstanding projects included the Hong Kong-backed project of Tectronic Industries (TTI) operating in the high-tech field which is a most encouraged investment field by the Vietnamese government and local authorities.

With the total investment capital reaching up to $650 million, TTI will set up a factory in theSHTP in District 9, focusing on manufacturing hand-held power tools with integrated technology for designing and manufacturing control devices, power electronic transformers, mechanical engineering, and the Internet of Things. Especially the factory will also include a research and development centre in the field of electronics.

According to Stephan Pudwill, vice chairman, group executive director of TTI, the Vietnamese market is the No.1 market in TTI's development strategy. The incoming factory in SHTP will be TTI's second-largest factory and R&D centre in the world.

TTI will focus on localising its manufacturing operations in Vietnam, with a plan to use from 80 to 150 domestic suppliers with an estimated local purchasing value of about $1 billion a year.

It is expected that TTI's factory will employ 7,400 employees when going into stable operation, 500 of whom will directly participate in R&D activities.

According to Nguyen Thanh Phong, chairman of Ho Chi Minh City People's Committee, the city's leaders believed that TTI's project will help form a high-tech supporting industry, creating opportunities for domestic enterprises to participate in the global supply chain and contributing to increasing the localisation rate for export products.

The eight other projects were from domestic investors with a focus on high-tech.

"This is a sign that domestic enterprises now have the ability to grasp technology and are willing to participate in the Fourth Industrial Revolution in different segments such as big data, biotechnology, new energy technology, new materials, and mechanical technology. These enterprises also help form a high-tech community towards building a highly interactive creative city in the east of Ho Chi Minh City,”said Phong. 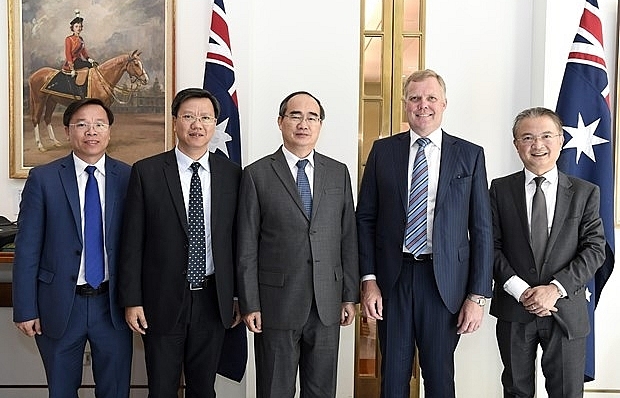