Hazard too good for West Ham as Chelsea go third

Reports continue to link Hazard with a summer move to Real Madrid with the Belgian refusing to extend his contract at Stamford Bridge beyond 2020.

And he underlined once more how much Chelsea will miss their number 10 should he depart for the Spanish capital with a dazzling display, capped by a sensational solo goal to open the scoring.

Hazard collected the ball just inside the West Ham half, but strode forward jinking past three defenders before coolly slotting past Lukasz Fabianski after 24 minutes.

"It was something special," Hazard told Sky Sports. "I took the ball and then I tried to move forward. In the box it was hard for the defender to challenge me because if he touches me it could be a penalty.

"I was maybe a little lucky with the shot. I wanted to shoot quickly. When I saw the ball in the net I was just so happy. I am small so it is good when I play against tall players as it's very hard for them to change direction."

The hosts and Hazard had to wait until stoppage time to secure the three points as this time he controlled inside the box and fired into the far corner for his 19th goal of the season.

Powerless to stop the Belgian captain putting their team to the sword, West Ham fans responded with cries of "Eden Hazard, he's off to Madrid". But Hazard, insisted nothing has been decided on his future.

"They are wrong," he added on the travelling support's response. "For now I am just focusing on Chelsea until the end of the season.

"I want to finish in the top four and do well in the Europa League. We still have a lot to do and then we will see."

Victory moves Chelsea two points clear of Tottenham and three ahead of fifth-placed Arsenal in the race for a top-four finish, but both their London rivals and Manchester United - five points back in sixth - now have a game in hand on Sarri's men.

Chelsea also have to travel to Liverpool and United in their final five games and much will depend on Hazard with Gonzalo Higuain showing little sign of sparking his loan spell into life.

The Argentine striker stated his desire before kick-off to make his move permanent should Chelsea successfully appeal a one-year transfer ban imposed by FIFA, but he had another night to forget in front of goal.

Higuain's lack of confidence was in evidence as he passed up the chance to head home N'Golo Kante's cross and instead saw his shot deflected behind after taking a touch to control on his chest.

Having failed to muster a single attack of note before the break, the visitors sparked into life in the second half and could have made Chelsea pay for their failure to kill the game off.

Marko Arnautovic's clever cut-back picked out the unmarked Manuel Lanzini at the edge of the box, but his shot was too close to Kepa Arrizabalaga before Aaron Cresswell then arrowed a shot inches wide of the far post.

The majority of the chances continued to come at the other end, though, as Ruben Loftus-Cheek lifted his effort into the grateful arms of Fabianski with just the Polish goalkeeper to beat as Sarri grew increasingly frustrated on the sidelines.

The Italian was finally able to relax in stoppage time when Hazard was given acres of space to control Ross Barkley's pass and produced the finish to match his performance. 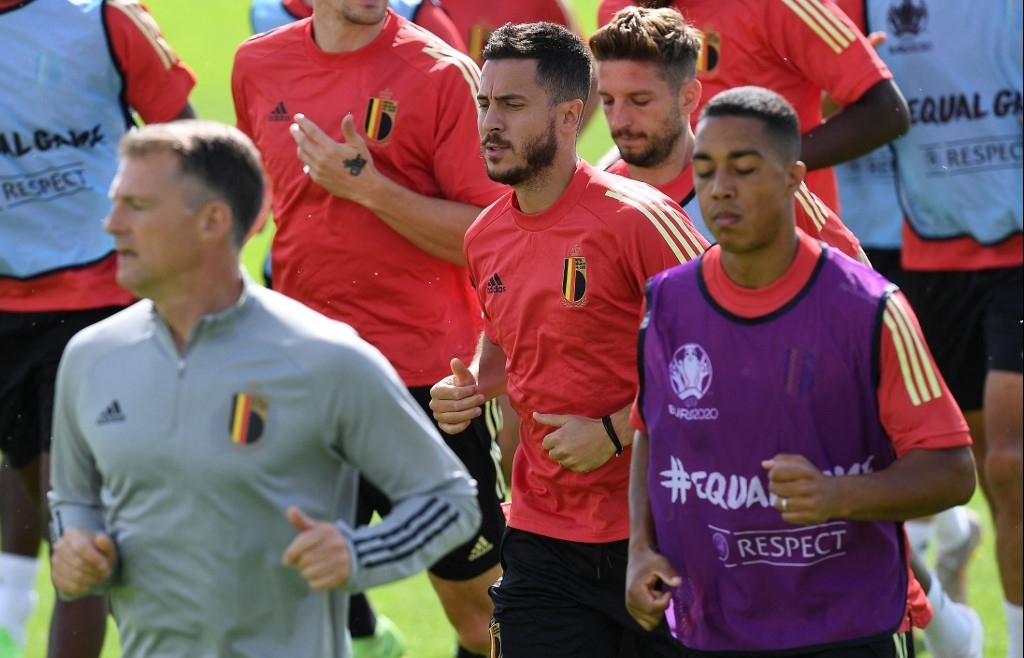