April 14, 2015 | 14:12 (0) user say
Tweet Email Print
Russian oil giant Gazprom Neft is closing in on plans for the expansion of Vietnam’s unique operating oil refinery of Dung Quat based on a draft agreement in which it would acquire a 49 per cent stake in the refinery operator. 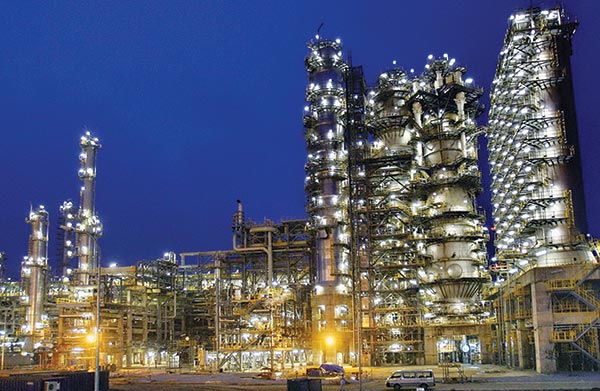 The deal was revealed last week in Hanoi in the presence of Russian Prime Minister Dmitry Medvedev and his Vietnamese counterpart Nguyen Tan Dung and formed part of wider talks on joint activities in the oil and gas sector. Both sides will also co-operate in the development of oil and gas in the Russian waters of the Pechora Sea which may hold 140 million tonnes of oil.

The Russian prime minister said that these projects would be in place in time for operations to begin next year.

The detailed feasibility study for the expanded refinery at Dung Quat in the central province of Quang Ngai was submitted to the Vietnamese government for approval in September last year. The expansion of Dung Quat to 10 million tonnes of crude oi, from its current level of 6.5 tonnes per year is vital to make the refinery’s operations more economical, claimed state-run PetroVietnam, the refinery’s investor.

PetroVietnam confirmed that with the participation of Gazprom Neft the upgrading work could be finished by 2021.

Negotiations between PetroVietnam and Gazprom Neft began in May 2013, and in November last year PetroVietnam submitted Gazprom Neft’s proposal to buy a 49 per cent stake in Binh Son Refining and Petrochemical Company, known as the operator of the refinery, to the Vietnamese government.

Binh Son Refining and Petrochemical Company has hired PricewaterhouseCoopers Vietnam to evaluate the refinery’s assets as a basis for the negotiations. Gazprom Neft also has consultants in technology, trading, laws and finance such as Allens, Ernst and Young, and TPC.

Previously, potential investors from Japan, South Korea, and Venezuela expressed their interests in the expansion project, but all failed to reach an agreement.

Gazprom Neft is one of Russia’s leading petroleum groups with solid finances and a worldwide distribution system. So far the company has built six large-scale refineries with the total capacity of more than 40 million tonnes of crude oil per year.

Dung Quat started operation in May 2010 with the refining capacity of 6.5 million tonnes of crude oil, meeting 30 per cent of the nation’s demand for petroleum products.

Last year marked a successful year for Binh Son Refining and Petrochemical Company. The refinery’s total output reached 5.81 million tonnes, earning VND128 trillion ($6 billion), equivalent to 120 per cent and 128 per cent of the yearly targets, respectively. Binh Son has set a target of producing over 5.86 million tonnes of various products with the total revenues of over VND120.6 trillion ($5.7 billion) this year.