According to Vietnam Customs, total tax collection of the sector has so far reached VND335.6 trillion (US$14.5 billion), an 11.6 per cent year-on-year increase and exceeding the target of the finance ministry.

At a Vietnam Customs press conference on Wednesday, Tuong said free trade agreements between Viet Nam and the Republic of Korea (RoK), ASEAN and RoK, and the Comprehensive and Progressive Agreement for Trans-Pacific Partnership have helped improve Viet Nam’s business climate and created better conditions for trade.

“The free trade agreements have also expanded investment and trade activities of Vietnamese enterprises, having positive impacts on the country’s export and import,” he said.

Tax collection from export-import activities in the first 11 months of this year reached $105.16 billion, up 7.97 per cent compared to the same period last year.

Since early this year, more than 135,200 cars worth $2.91 billion have been imported, double the number in the same period last year.

Tax collection from these two products during the period hit VND46.08 trillion ($2.03 billion), a year-on-year increase of more than VND21.6 trillion ($939 million).

To facilitate citizens and businesses to pay tax anytime and anywhere, the customs authority has signed tax collection agreements with 42 commercials banks.

Thanks to the system, 96 per cent of import-export enterprises have paid tax online. 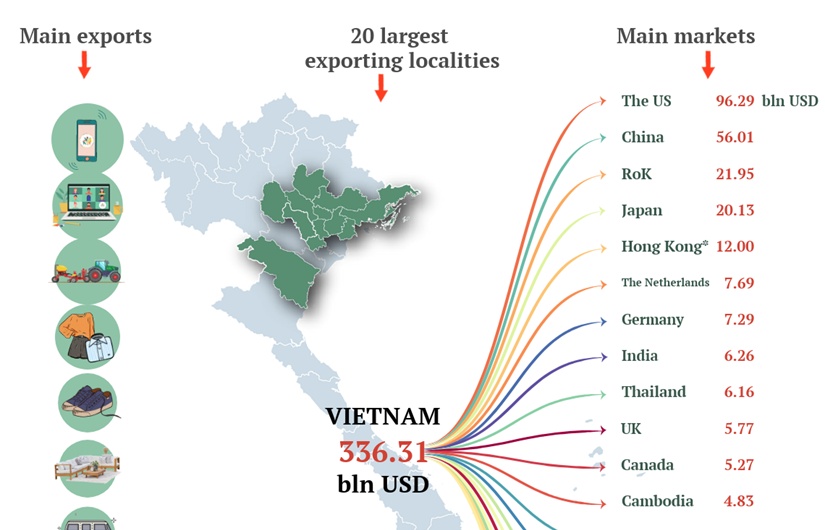