February 06, 2021 | 12:11
Tweet Email Print
Manchester City's dominant position at the top of the Premier League ahead of Sunday's trip to champions Liverpool has been built on the solid foundations of an impenetrable defence.

Pep Guardiola's men have conceded just two goals in their past 13 league games, winning nine in a row to open up a seven-point lead over fourth-placed Liverpool, with a game in hand.

But the contrasting fortunes at centre-back for both clubs this season have helped City reassert their position as the team to beat in English football.

After a humbling 5-2 home defeat by Leicester in their second game of the season, City splashed out £62 million ($85 million) on Ruben Dias from Benfica.

In 27 games, the Portuguese international has been on the losing side just once and has kept 18 clean sheets, forming a formidable partnership with a revitalised John Stones.

So strong has that pairing been that Aymeric Laporte -- the bedrock of the City defence that denied Liverpool the title by a point in the 2018/19 season -- has largely been left in reserve along with another £40 million summer centre-back signing, Nathan Ake.

"We knew the quality he had on the pitch, we knew a little bit his personality, but we have been impressed at the consistency to be ready mentally and physically to play every three days," said Guardiola on Dias's impact.

Despite injuries to Kevin De Bruyne and Sergio Aguero, City's attacking play has begun to click into gear in recent weeks.

But their revival from mid-table obscurity after they last lost in the Premier League to Tottenham in November began with a series of clean sheets to win low-scoring games against Fulham, Southampton, Newcastle and Brighton.

"This season we don't make the mistakes that we did (in the past) to give opponents easy goals," added Guardiola.

"Many things help to be champions. When one or two things drop a little it is difficult to get it."

In contrast to the wealth of centre-back options available to Guardiola, Liverpool have been hit hard by long-term injuries to Virgil van Dijk, Joe Gomez and Joel Matip.

Even when new recruits were badly needed, the economic impact of the coronavirus pandemic left Liverpool hunting for bargains in the final hours of the January transfer window, bringing in Ozan Kabak on loan from Schalke and signing Ben Davies from Preston.

The impact made by Dias has been compared with Van Dijk's signing in January 2018, which transformed Liverpool's fortunes under Klopp.

The kamikaze scorelines of the German's early days in charge disappeared with the towering Dutchman marshalling the Reds' defence, leading Liverpool to Champions League glory in 2018/19 before the long-awaited league title.

But the impact has been felt throughout the team as midfielders Fabinho and Jordan Henderson have been forced to deputise at centre-back.

Unbalanced by their injury crisis, it is Liverpool's attack that has suffered in a run of two wins in eight games, which has allowed City to leave them behind.

Despite the huge sums invested since City's Abu Dhabi-backed takeover 13 years ago, their last win at Anfield came back in 2003.

However, in front of empty stands, Liverpool's fortress has crumbled in recent weeks. After a 68-game unbeaten home run in the Premier League dating back nearly four years, they have lost consecutive matches at Anfield.

The champions have failed to score in nearly 350 minutes at home.

That task will not get any easier on Sunday when they face the daunting task of finding a way past Dias at the heart of City's backline. 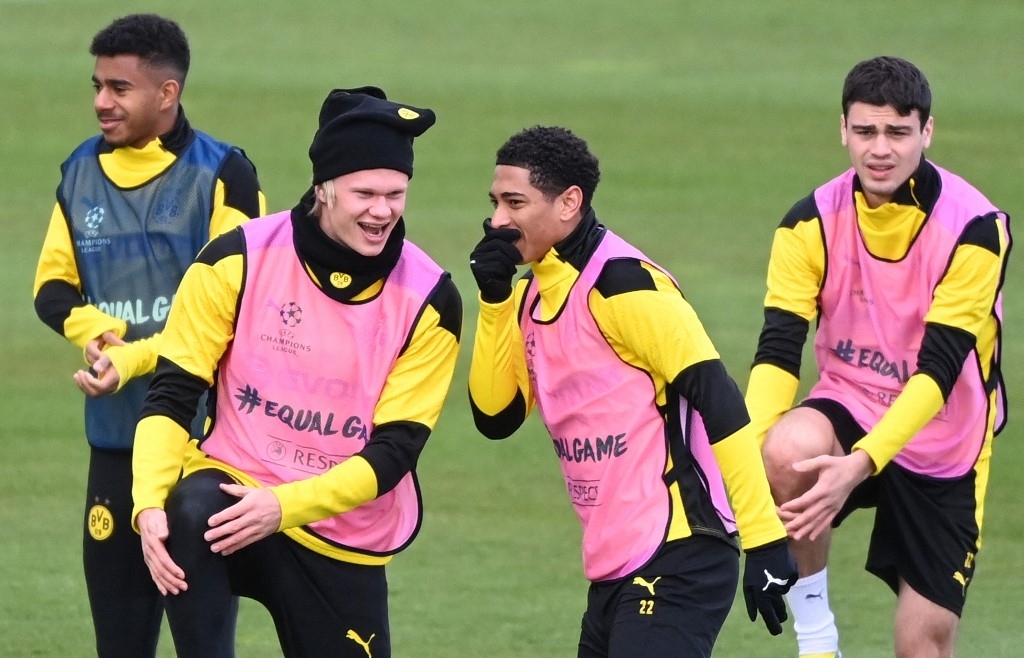