How is the salability of DAP Haiphong fertiliser?

The market sentiments are generally positive towards DAP fertiliser. We have sold out what we produced. This was the company’s initial success. However, since we need to import core production materials- sulfur and ammoniac, the fertiliser price is largely dependent on the material cost and also DAP’s price in the world marketplace.

What is DAP Haiphong fertiliser’s competitive advantages compared to similar items in the market?

Our fertiliser products face tough competition from similar imported items in the domestic market. However, the prices of our products are often lower than those offered in the market. Price differences depend on particular period of time, input material costs and some other relevant factors such as stockpile volume or the supply and demand situation.  In 2011, the company set to offer a single pricing scheme for products in the country’s different regions unlike last year when different prices were introduced. DAP fertiliser is currently fetched VND12,000 per kilogramme (not including value added tax and transport cost).

How will the product be distributed?

Our company sells DAP fertiliser via two channels: selling to member units within Vinachem and selling to agents. In respect to the product price, we apply the same pricing scheme towards member units and to agents and the price must be set lower than market price.

Fertiliser prices are subject to revisions but it will always be set lower than market prices.

What is the company’s production plan for 2011?

This year, the company set to turn out 300,000 tonnes of DAP fertiliser (90 per cent of the total designed capacity), more than the assigned target of 260,000 tonnes by Vinachem. This is a challenging task. We will strive to reach 100 per cent of the designed capacity in the near term and constantly ameliorate the product quality to meet burgeoning market requirements. 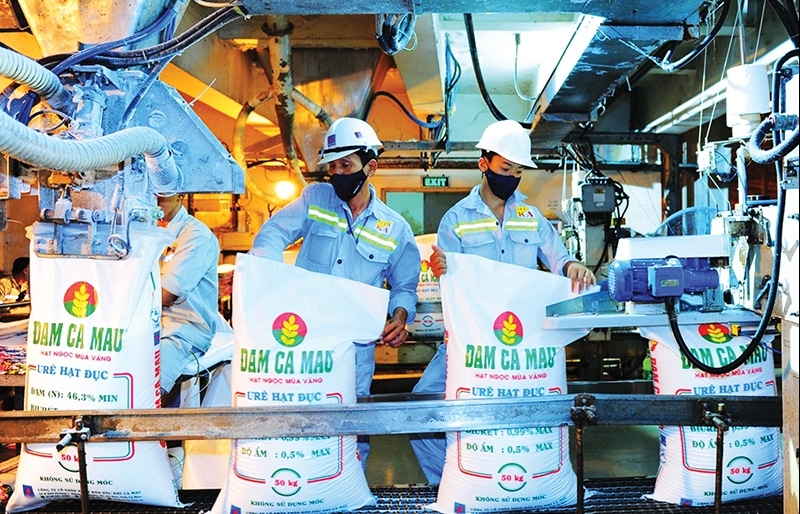