‘Champion the Trophy – Bring It Home’ kicked off 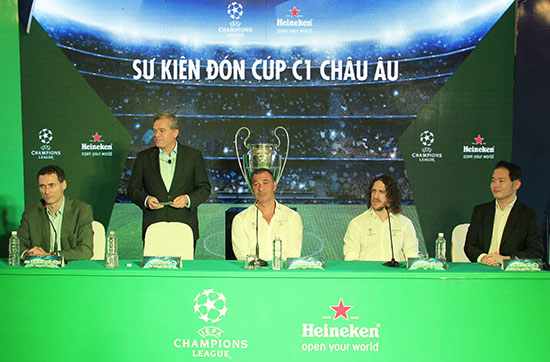 During April 8-13, the UEFA Champions League 2016’s Trophy will be escorted by Ruud Gullit and Carles to come to Vietnam in the eagerness of millions of football fans. Starting in Ho Chi Minh City, then the trophy will continue to sweep through Nha Trang and Danang, then Hanoi and the last destination will be Haiphong. 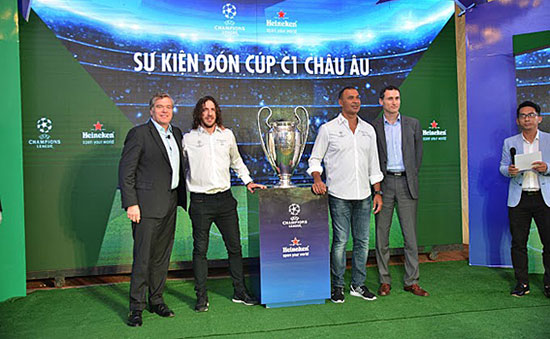 Besides the opportunity to touch the priceless trophy, meet and interact with the world's football superstar Ruud Gullit and CarlesPuyol, Vietnamese football fan also be given the most thrilling and unique experience with many unforgettable memories, including the chance to win a trip to Milan to enjoy the final match in the legendary San Siro.

The launch of the 2016 UEFA Champions League campaign ‘Champion the Trophy – Bring It Home’ reinforces Heineken®’s leading position in the market with its focused strategies on innovation and consumers’ world-class experience.