June 25, 2021 | 09:00
Tweet Email Print
Local and foreign securities companies are beefing up their presence in Vietnam, with increasing enthusiasm in the nation’s equity market as they are capitalising on the resilient growth economy.

Viet Capital Securities (VCI) last week announced to close the list of shareholders on June 21 and that it will issue 166.5 million shares under its employee stock ownership plan, with par value of 4.3 US cents. After the issuance, VCI will double its charter capital to $144.8 million. By the end of 2020, VCI recorded 50,000 active trading accounts, up 12.1 per cent on-year.

According to SSI Research, VCI is among the five largest securities brokerages in Vietnam, with market share at the Ho Chi Minh Stock Exchange (HSX) of around 7.7 per cent, declining 0.5 per cent compared to 2019. Its diminishing market pie could be explained by an increasingly intense competition among local and foreign-backed securities companies, and VCI’s reliance on investment banking business – a component which was rather stagnant due to the COVID-19 pandemic in 2020.

The company expects that investment banking activities will rebound in 2021, with total value of ongoing deals estimated at $174 million in consumer finance, consumer goods, and logistics.

VNDIRECT Securities also plans to double its charter capital, which is currently at $95.8 million by issuing 214.5 million shares to its existing shareholders. The Hanoi-based company expects the funding source to diversify its business, especially by increasing its margin loan segment.

Likewise, Ho Chi Minh City Securities Corporation has announced its plan to issue 152.5 million shares for $91.3 million, raising its charter capital by 50 per cent to over $195.7 million. Similarly, ACB recently agreed to pour another $65.2 million into its securities company subsidiary.

SSI – Vietnam’s largest brokerage – is implementing its proposal to raise capital to $478 million. Likewise, SHS – SHB’s securities company – is planning to issue 103.6 million shares for its existing shareholders to raise more than $65.2 million.

The Board of Directors of SHS believed that Vietnam’s stock market status will likely be upgraded in September, which is believed to be a pillar to thrust foreign appetite forward. Furthermore, cooperation between Vietnam’s HSX and the Korean Exchange will facilitate a better, more solid trading infrastructure while providing a synchronous and integrated platform for the entire Vietnamese stock market.

Pinetree Securities has grown strongly in the past two years and has continuously attracted customers thanks to its zero-fee policy, low margin interest rate at 9 per cent.

In early 2021, the company raised its charter capital to more than $43.5 million in a bid to expand its business and promptly respond to customer needs with an increase in credit limit and portfolio of margin loans.

Lee Jun Hyuck, CEO of Pinetree Securities said, “The additional fund is envisaged to better facilitate investors’ needs in the context of Vietnam’s stock market proving its glitter. With the government’s efforts to beef up state divestment, many listed companies will benefit from ongoing infrastructure development initiatives.” He added, “The stock market continues to be one of the most important capital mobilisations of Vietnam’s economy.”

Hyuck also revealed that Pinetree Securities will continue to increase charter capital for the second time in 2021 to expand operations and best serve customers.

In the same vein, Maybank Kim Eng Securities company unveiled its plan to increase its capital to $75.9 million from the parent corporation Malaysia-headquartered Maybank Kim Eng Holdings Ltd. Its most recent capital increase was in 2018.

According to data provider FiinGroup, revenue and profit in the first quarter of 2021 of listed securities companies increased by 21.4 per cent and 26.7 per cent on-year, respectively. The explosion of market activity by retail and inexperienced investors of all flavours is one of the biggest trends in the stock sector. 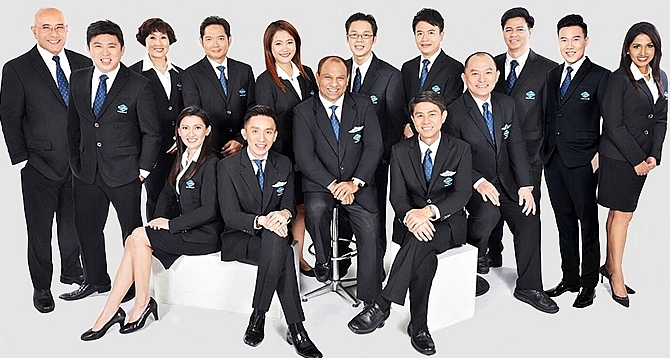