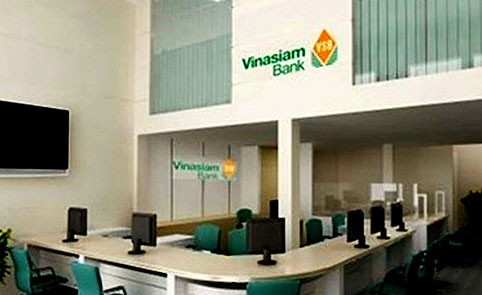 Accordingly, VSB must liquidate all assets through the transfer of its assets and liabilities to the Ho Chi Minh City branch of Thai-backed Siam Commercial Bank Public Company Limited (SCB).

VSB is a joint venture between SCB, the third-largest bank in Thailand by assets, Vietnam Bank for Agriculture and Rural Development (Agribank), and Thai conglomerate Charoen Pokphand Group. Agribank currently owns 34 per cent of VSB, while the other two stakeholders hold 33 per cent each. VSB was granted its licence in 1995 and is now looking back on three consecutive years closed with a loss.

Earlier on, in December 2015, SCB received the green-light from the SBV to open a full branch in Ho Chi Minh City, as part of it expansion plan to tap into one of the fastest growing market in Southeast Asia. The wholly-owned branch has its capital registered at $25 million and licensed to operate for 99 years in Vietnam.

The approval came on the condition that SCB would buy a combined 67 per cent of stakes in VSB from Agribank and Charoen Pokphand Group, SCB chief executive officer Arthid Nanthawithaya said in a statement following the SBV’s announcement.

According to SCB, the bank will be spending around $45.77 million to perform the deal and the new branch is planned to open its gates in early 2016.

After the opening of its Ho Chi Minh City branch, SCB - 21.3 per cent of which is owned by the investment arm of the Thai royal family's Crown Property Bureau - will have 11 foreign branches and representative offices in eight countries.

In the midst of regional banks flocking to Vietnam, Thai banks, in particular, have seized the golden opportunities offered by the stable economic growth and the country’s great potential for expansion of banking operations.

Thailand’s Kasikorn was amongst the first Thai banks to set up its network in Vietnam via two domestic state-owned banks, Vietinbank and Agribank, in 2011, and lately launched its representative offices both in Hanoi and Ho Chi Minh City.