Vietnam in the forefront of Parkson Retail Asia's losses

Parkson Retail Asia has just released its unaudited financial statement for the fourth quarter and full year ending on June 30, 2018, which shows declining same-store sales in its department stores in all four markets, with Vietnam the worst performing market.

Vietnamese operations recorded a 14.6 per cent reduction in sales in the last quarter and a 8.3 per cent reduction over the full year. “The operating environment in Vietnam remains challenging amidst a crowded retail scene, wherein intensive promotional activities had to be carried out to capture sales,” the report stated, while sales in Myanmar and Indonesia both fell by 3.8 per cent and by 1.5 per cent in the home market Malaysia.

Parkson Retail Asia finished the financial year with a pre-tax loss of $17.58 million for the last quarter and $40.1 million for the full year. With the exclusion of the gain from the disposal of a subsidiary and allowances for doubtful debts, the reversal of impairments relating to closed stores, the group’s operational pre-tax loss would have been $29.9 million for the year.

“This reflects the challenging operating environment encountered by the group as evidenced by the overall negative same-store sales growth, while new stores and ventures might require longer gestation periods given the aforementioned backdrop,” the report stated.

“We have been taking active measures in monitoring and assessing the viability of stores and ventures. With ongoing measures in place to rebuild top-line growth and monitor expenditures, coupled with the discontinuance of underperforming stores and ventures this year, the group expects its performance will show improvement in the coming financial year,” it added.

Addressing the problems in Vietnam, the company said the operating environment remains challenging amidst a crowded retail scene, and “intensive promotional activities had to be carried out to capture sales.” While the group added four new stores (including one managed store) to its network, it also took steps to exit seven underperforming stores (including one managed) during the year.

The company also closed its theme park and education centre operations to curb further losses, and exited its interest in the LOL retail chain.

Parkson is a premium retail group from Malaysia which set foot in Vietnam in 2005 and developed a premium shopping mall chain in the big cities of Ho Chi Minh City, Hanoi, and Haiphong.

Parkson has only four stores left in Ho Chi Minh City, including Parkson Le Thanh Ton (District 1), CT Plaza (Tan Binh district), Cantavil (District 2), and Hung Vuong (District 5), one in Haiphong, and one in Danang, while it has completely withdrawn from Hanoi.

Having closed four shopping malls in Vietnam since 2015, Parkson has fallen far since its heyday when it was touted as one of the highest-potential players in the retail market, planning to open 2-3 malls a year in Vietnam’s big cities. 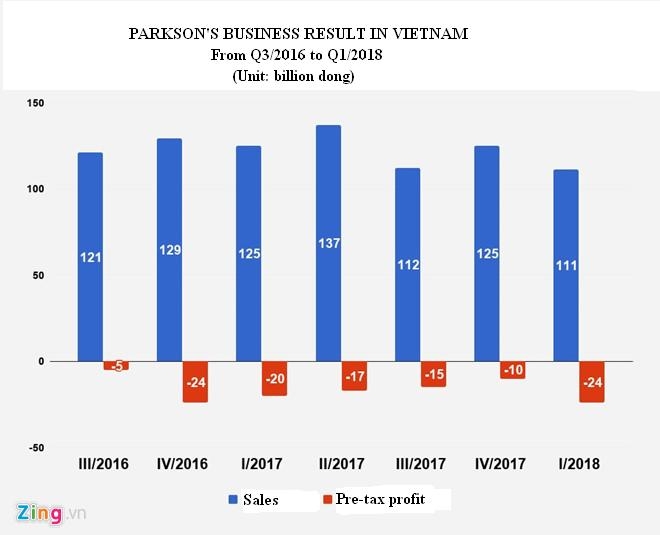 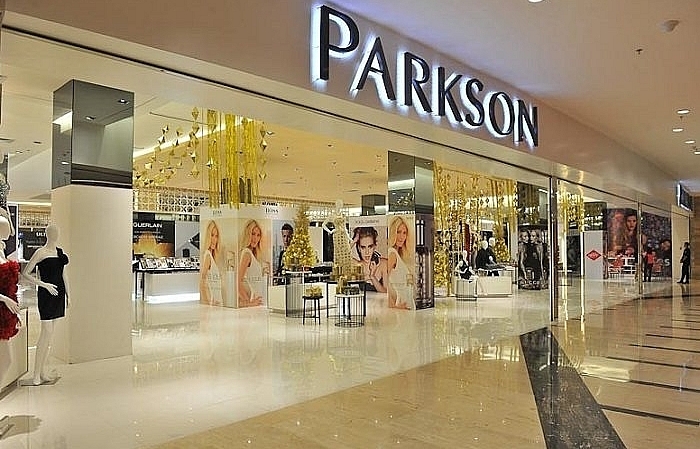 Parkson’s demise and the rise of competitors 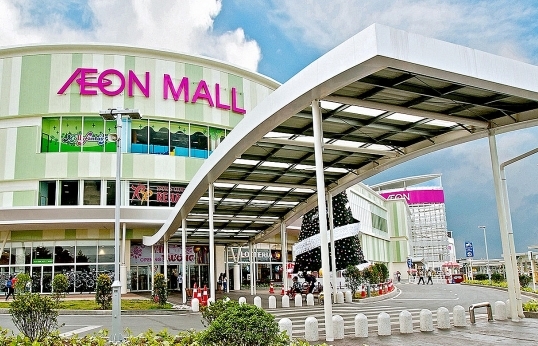