MDF sector is on the climb 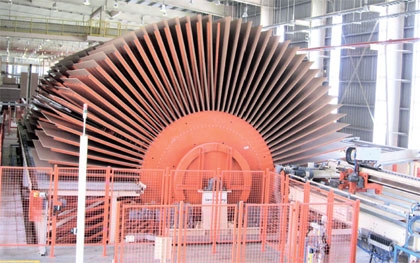 Tran Ngoc Thuan, general director of Vietnam Rubber Group, said Vietnam used around one million cubic metres of MDF annually, 70 per cent of which had to be imported.

“This is the biggest MDF plant in Asia with equipment and production lines imported from Europe,” said Le Minh Chau, chairman of MDF VRG Dongwha, whose 49 per cent is owned by Vietnam Rubber Group and 51 per cent by Korea-based Dongwha Group.

The plant’s main products are a series type of MDF, especially thin MDF products which have not been manufactured in any other MDF plants in Vietnam yet, said Chau.

After two months of production testing, the plant reached 80 per cent of its full capacity of 300,000 cubic metres of MDF. Moreover, the plant’s products are also exported to the US, Japan, India and Middle East.

According to MDF VRG Dongwha, its revenue in 2012 is expected to achieve VND900 billion ($43 million) and around VND1.5 trillion ($72 million) annually.

Long An, particularly, has a abundant  forested melaleuca, the main material for our plant’s production, said Soichiro Kitamura, CEO of Veco.

Vietnam Rubber Group has set up a wood production and processing development strategy aiming to raise its MDF manufacturing capacity up to 500,000 cubic metres by 2015 to meet the local demand and for export.