A source from the HHTP Management Board told VIR that it is working with a number of domestic and foreign investors on the licensing of several projects. These include a Japanese-invested $300-million project, Mitsubishi Chemical’s $92-million project, and the Nano technology paint production project of KOVA Co., Ltd. with the total investment capital of over VND1 trillion ($44.44 million).

In the first four months of 2018, HHTP licensed four projects totalling nearly VND11 trillion ($488.88 million), three of which were foreign-invested.

In 2017, HHTP granted investment certificates to three projects with the total investment capital of VND5.05 trillion ($224.44 million), covering a total area of 11.7 hectares.

The licensed projects are being developed smoothly. South Korea's Hanwha Techwin's Aero Engines project worth $200 million was kicked off in September 2017 and is currently installing machinery and equipment for the trial operation. The investor plans to expand investment in the project to $260 million in 2021.

With the investment capital of $200 million,in 2017 Hanwha Techwin became the first foreign investor to enjoy the corporate income tax (CIT) rate of 10 per cent for 30 years, securing the highest incentive available under the investment and tax laws.

Japan’s Nidec Corporation received the investment certificates for two projects worth a total of $400 million in April 2018. The company is completing the necessary procedures to begin construction and put the projects into operation in the first quarter of 2019, thus making Nidec the second foreign investor to enjoy the 10 per cent special CIT incentive.

As regulated by new regulations, new investment projects of at least VND4 trillion ($181.8 million) in HHTP shall be subject to the 10 per cent CIT for the next 30 years.

HHTP has so far revoked investment certificates from 19 long-delayed projects.

Following the issuance of a new decree governing special incentives for HHTP, the Ministry of Finance on March 30, 2018 enacted Circular 32/2018/TT-BTC guiding the implementation of the decree 74. This served as the foundation for Hoa Lac to increase its allure in the months to come. 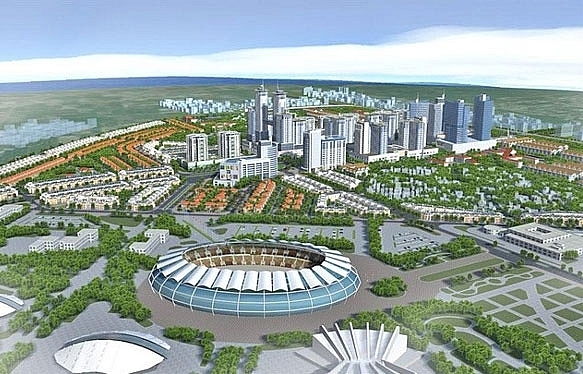