October 05, 2017 | 21:06
Tweet Email Print
The concept of green building is still relatively new to the public and is not properly and fully understood by those working in the field of construction and architecture in Vietnam, according to experts from the latest symposium held on October 4 in Ho Chi Minh City.

Held by Kohler Co., a global leader in the design and manufacturing of kitchen and bath products, in collaboration with Ho Chi Minh City Green Architecture Club, the symposium was named “The Future of Green Buildings in Vietnam and the World.”

According to Tran Khanh Trung, an expert from Ho Chi Minh City Green Architecture Club, the biggest difficulty for construction design consultants is to persuade developers of building green because they are still concerned about the potentially high extra costs incurred.

“In fact, the initial investment of green projects is not 20-30 per cent higher, as many would think. Green building actually brings more benefits to the developers, contractors, and users alike. On the other hand, the operation of green buildings also contributes significantly to urban development by mitigating its social impact, creating a sustainable living environment, attracting foreign investment, and increasing tourism,” Trung said.

Following the symposium, Kohler also held the LEED Green Associate (GA) training. After attending the workshop, the attendees were awarded certificates, which is a prerequisite for the official LEED GA certification exam.

Green building is defined as buildings that achieve high efficiency in the use of energy and materials, minimising adverse effects on human health and the natural environment.

However, up until now, the number of buildings achieving green certificates in Vietnam is rather modest, with slightly more than 120 works (according to a 2017 report of Green Building Council Vietnam). 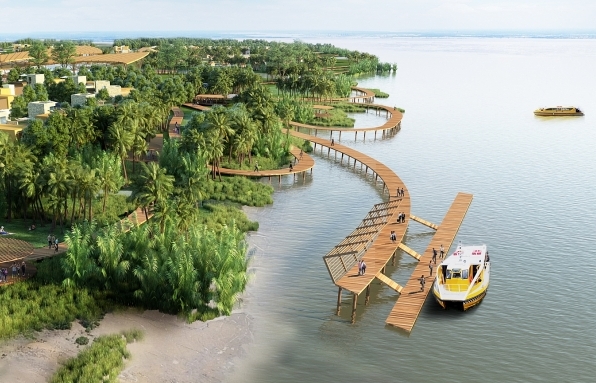