May 18, 2017 | 21:20
Tweet Email Print
As of now, Phu Quoc Island has attracted $16.7 billion in investment capital to a range of international-scale projects that not only gave the island a new face, but also attracted other projects as well as tourists. Sun Group’s projects in the south of the island are one of the engines of change. 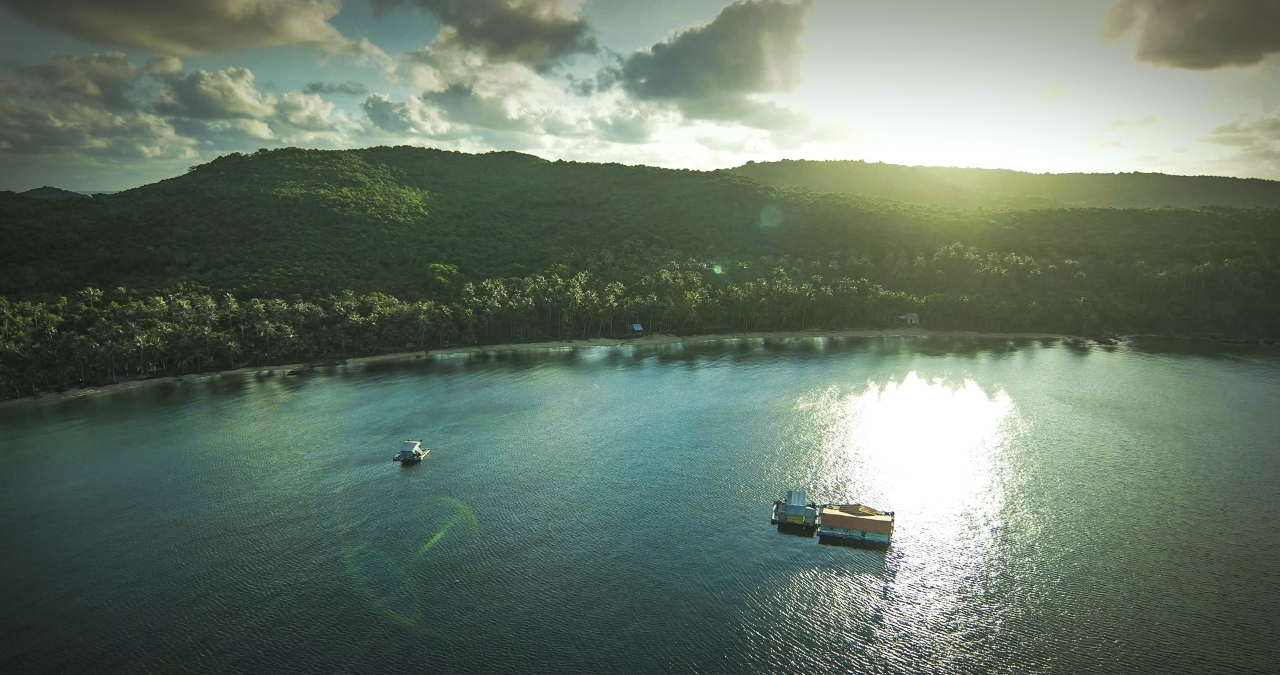 Phu Quoc used to be an almost unknown island, but in recent years, the southern beaches of the island have turned into a worldwide vacation paradise thanks to the investment of many domestic and foreign companies. One example is Sun Group, the district’s strategic investor that made the largest contribution, with VND20 trillion ($881 million).

At Khem Beach, one of the most beautiful beaches of the island, billion-dollar entertainment and resort complexes and real estate projects are taking shape. JW Marriott Phu Quoc Emerald Bay, the first five-star hotel of international standards in Phu Quoc started operation at the end of last year.

A representative from JW Marriott said that this is the most beautiful of all five-star hotels JW Marriott is managing all over the world. The resort was designed in a French architectural style by Bill Bensley and it includes 244 rooms, suites, apartments, and villas. It comes with an international-standard area for food and services. 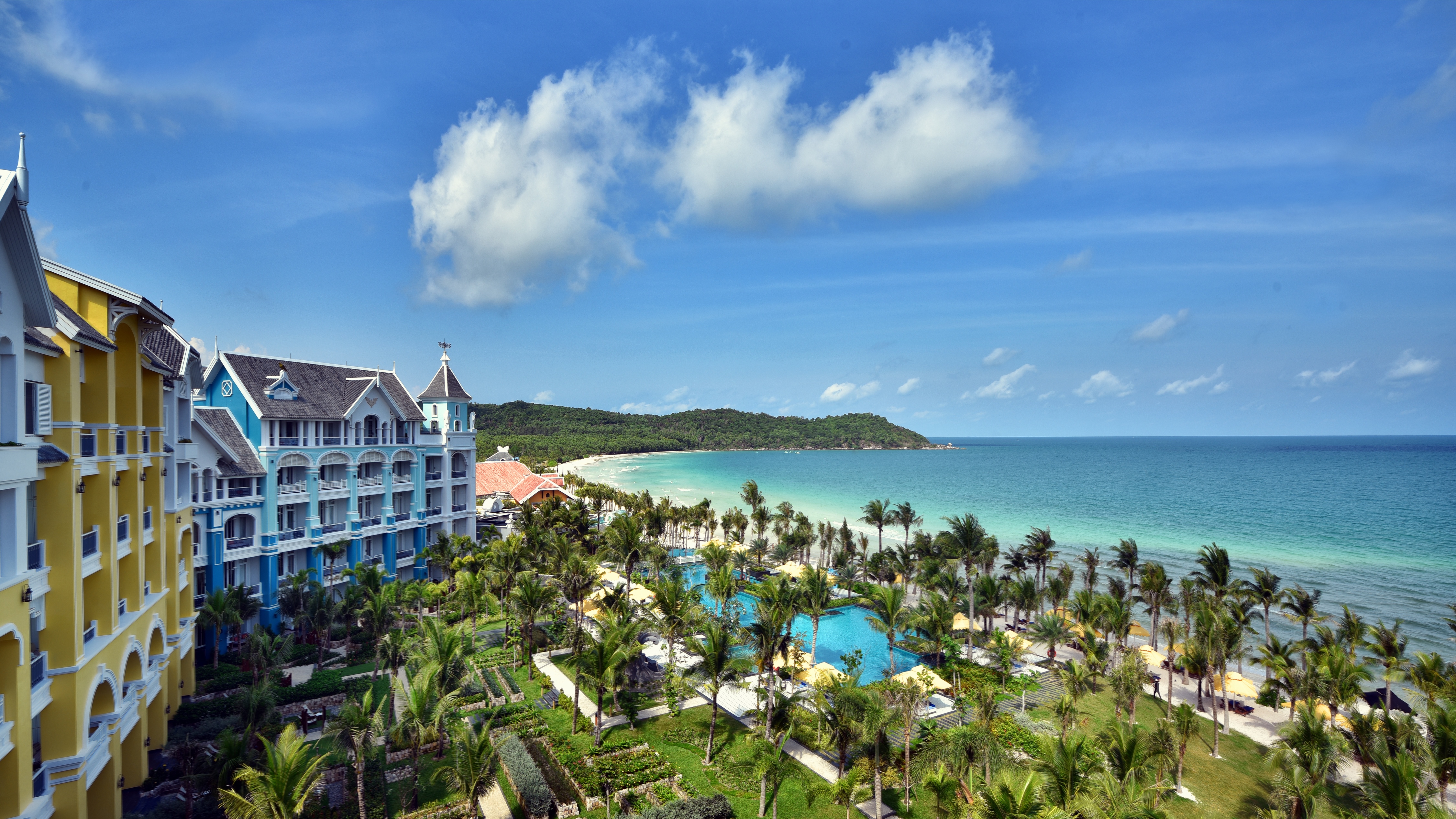 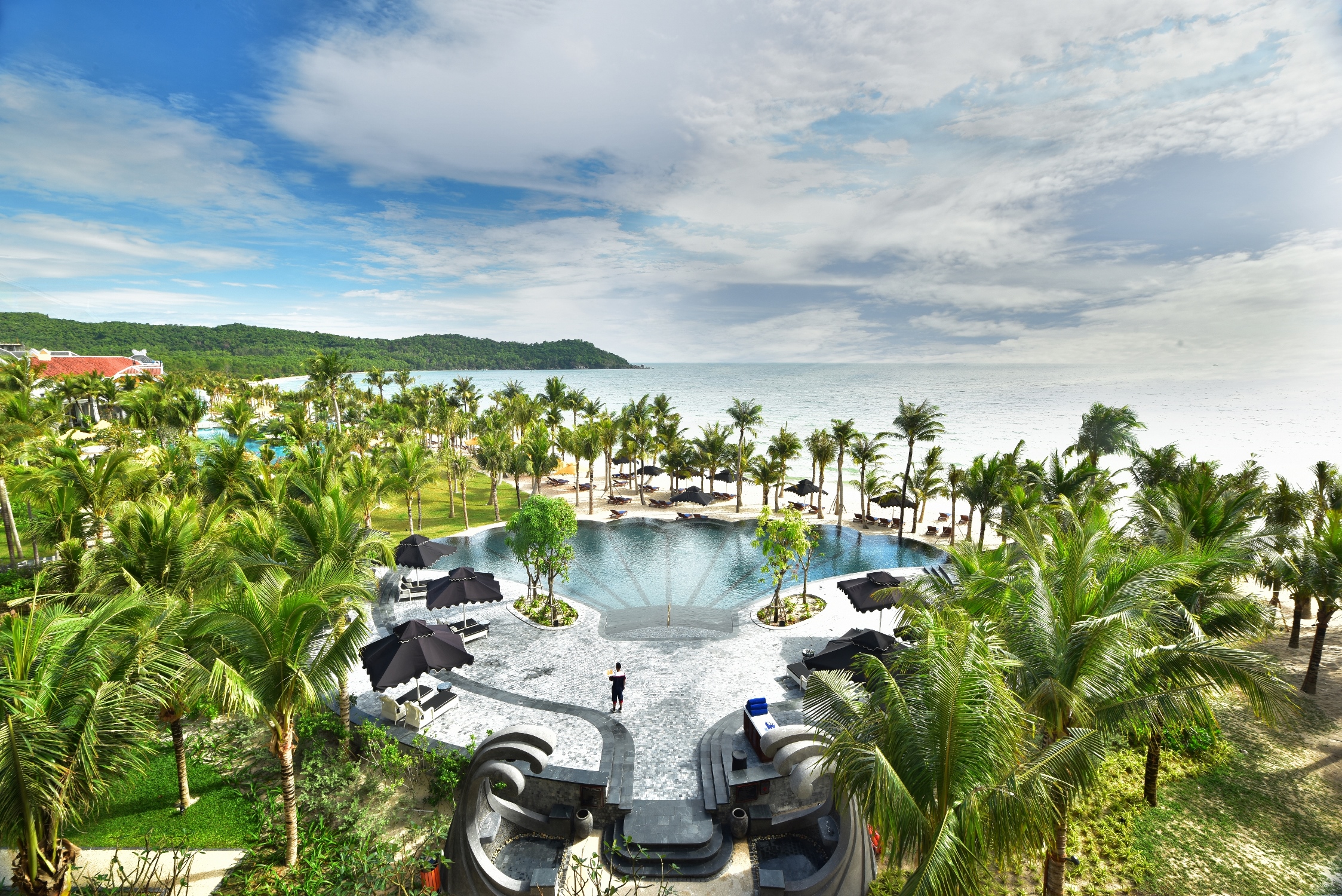 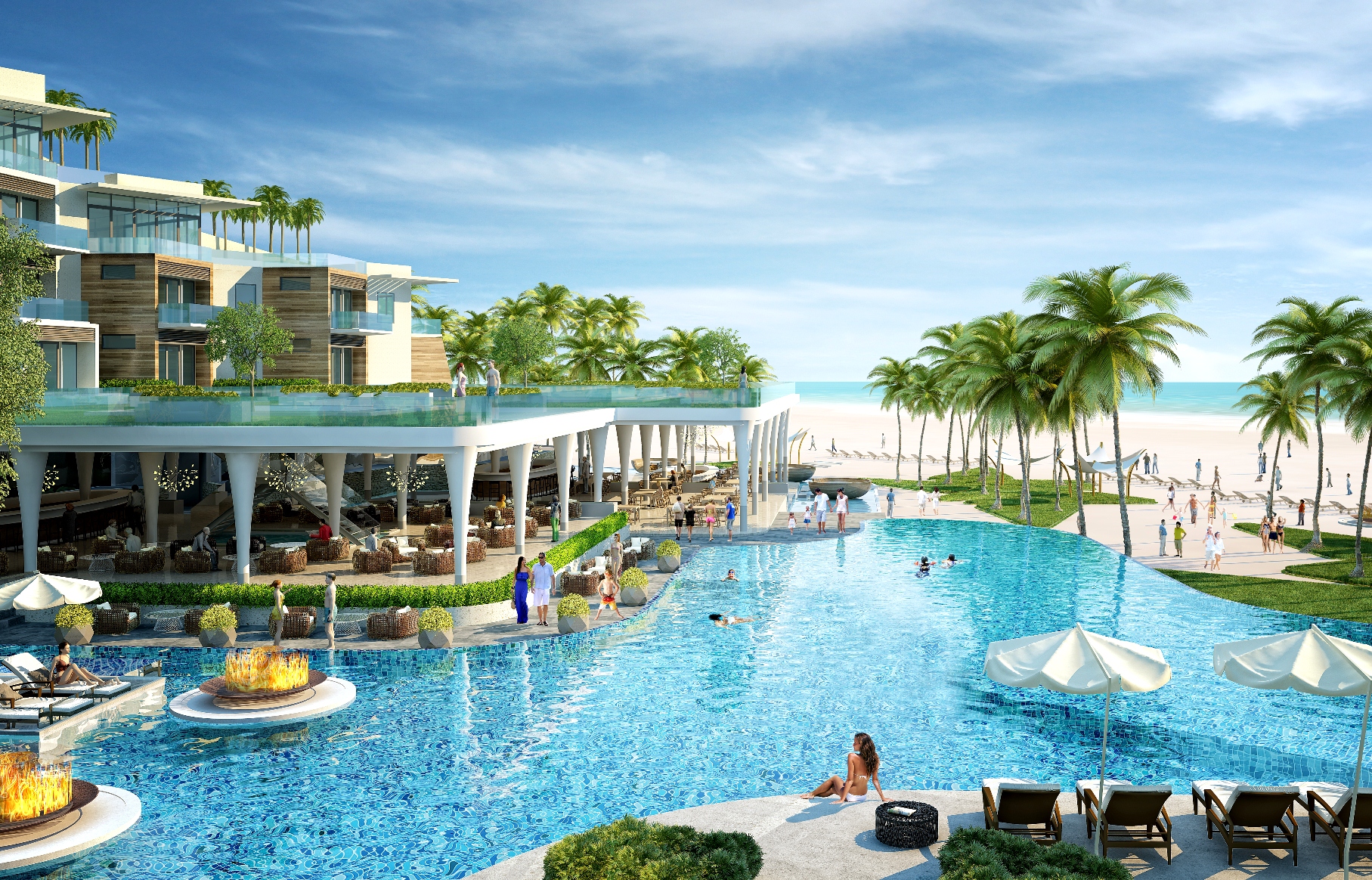 Besides JW Marriott Phu Quoc Emerald Bay, Sun Group’s Premier Village Phu Quoc Resort at Mui Ong Doi is being built on 73 hectares. The resort was introduced at the end of 2015 in Hanoi. The super luxury villas have attracted many customers with their unique design. This is the only project with two sides facing the sea. The developer is completing the project in order to hand over the villas to buyers according to schedule. 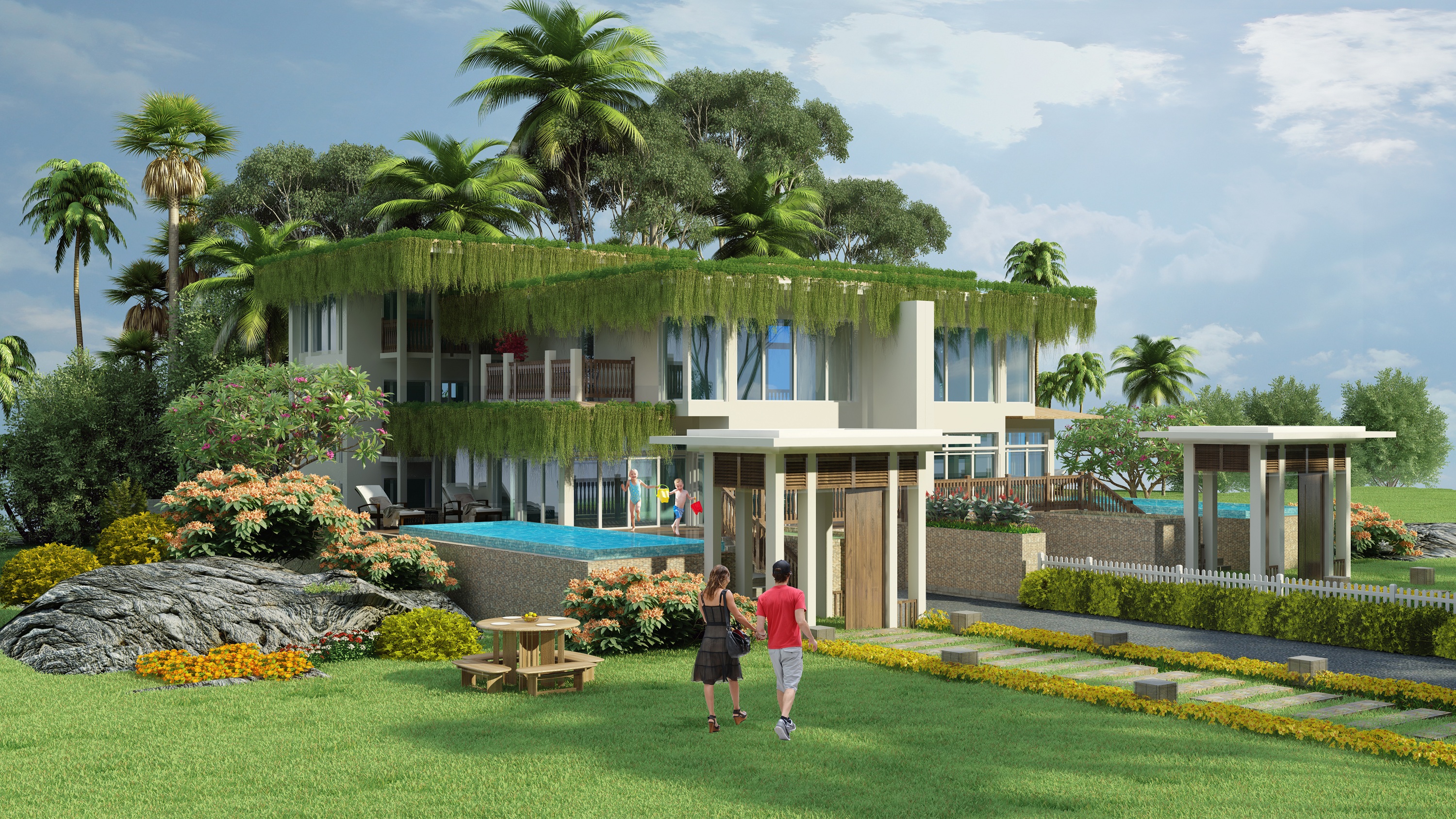 Also in the south of the island, Sun Group is developing a range of resort and entertainment properties. Examples include Premier Residences Phu Quoc Emerald Bay, where the basic construction is finished and the developer is decorating, landscaping, and finishing the amenities, as well as the trans-sea cable system linking An Thoi town with Hon Thom, which carries an investment capital sum of VND4.9 trillion ($215.9 million) in its first phase only, and the Hon Thom sea entertainment complex.

At Khem Beach, Sun Group is finishing up a new masterpiece that would help complete the service and amenity system of the south of the island. Sun Group said the project, which is located next to JW Marriott Phu Quoc Emerald Bay, is going to be different from other luxury vacation real estate projects. The architects are going to create custom villas that fit the individuality of each owner.

With the billion-dollar projects in the south of the island, Sun Group has created a momentum for growth, helping the island change day by day.

According to the Phu Quoc Development Management Board, at the moment, there are 24 projects being built on the island with a total investment sum of VND103 trillion ($4.54 billion). These include big infrastructure projects, such as the VND1.7 trillion ($75 million) Duong Dong-An Thoi-Bai Thom Road, the VND600 billion ($26.4 million) Cua Lap-An Thoi Road, and a $12- million water supply project.

These will be the key projects that will lend a new face for the southern coast of the island, equipping it with modern infrastructure. When they are finished, the area will be easily connected to other key projects on the island and will elevate the area to a whole new level.

With these projects, Phu Quoc is becoming a more attractive investment and tourism destination. In 2016, Phu Quoc received 1.45 million visitors, up 63 per cent on-year. In 2017, the island expects 25.2 per cent more, 1.8 million tourists altogether.

Vacation real estate in Phu Quoc, especially in the south of the island, will have high potential for growth thanks to the modern infrastructure and the big international-standard entertainment zones nearby.

Thanh Long Bay: a resort that checks all the boxes – and more