State-owned Bank for Investment and Development of Vietnam (BIDV) has also introduced high interest rates for long-term CD. Specifically, an interest rate of 7.6 per cent is applied for an 18-month CD valued at a minimum of VND10 million for individual customers and VND50 million for corporate customers.

One leader of a bank, who declined to be named, said banks had to issue CD at high interest rates as they faced difficulties in luring long-term capital. The rate of CD is currently some 1 per cent higher than normal deposits.

Besides the issue of CD, banks have also adjusted up rates of long-term deposits to attract depositors.

Nam A Joint Stock Commercial Bank (Nam A Bank) has recently raised interest rates on 12-month deposits to 7.7 per cent per year, up 0.3 percentage points from late last year. Notably, with the form of online savings deposit, customers will be offered an interest rate of 8 per cent per year.

In addition, banks also need more capital to meet a capital adequacy ratio (CAR) of 8 per cent in 2020 as per the SBV’s Basel II norms. Fitch Ratings estimated the Vietnamese banking system could face a capital shortfall of almost US$20 billion to meet Basel II implementation.

According to experts, in the current context, the most effective and rapid measure to help banks meet the central bank’s regulations is to increase long-term deposits by raising interest rates to attract depositors.

However, the experts are also concerned that the rate hike of deposits would cause a domino effect on interest rates of long-term loans. 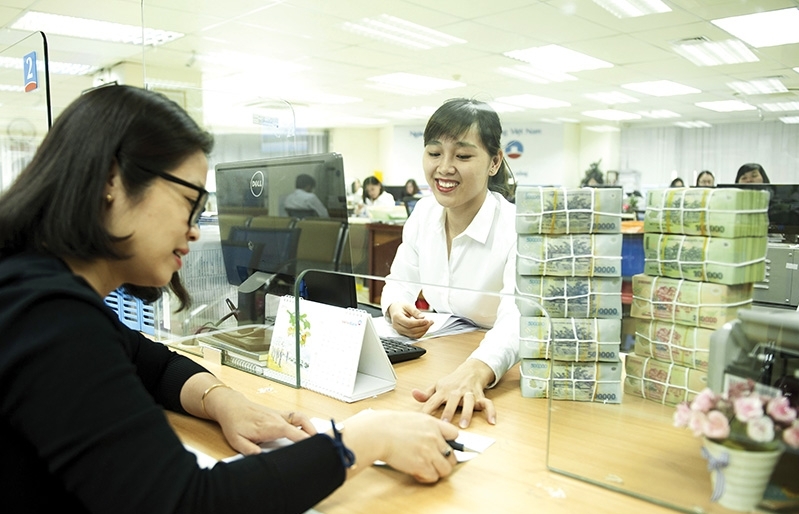